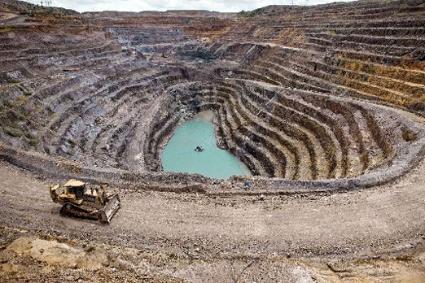 LUSAKA (Reuters) – China’s CNMC Luanshya Copper Mines followed Zambian law when it closed the Baluba mine and sent more than 1,600 workers on forced leave due to plunging prices and energy shortages, the company said on Monday.

Zambia had threatened to revoke Luanshya’s mining licence if the company did not reinstate workers.

A slide in global copper prices has put pressure on Africa’s second biggest producer of the metal, with export earnings depressed despite the kwacha’s slump against the dollar this year.

“As a law abiding corporate citizen, we have always followed the Zambian laws,” CNMC Luanshya Copper Mines spokesman Sydney Chileya said in a statement, adding that it did not plan to make employees redundant.

Those placed on forced leave would receive a monthly allowance and other entitlements such as medical cover, the company said.

Chileya said the entire Luanshya Mine would have collapsed within three months if the company had not suspended production at Baluba.

The Mine Workers’ Union of Zambia (MUZ) said on Saturday it would challenge the decision, which it alleged was made without consulting labour unions.

Glencore’s Zambian subsidiary Mopani Copper Mines, is in talks with the government and unions over plans to suspend its production, but a source close to the company said on Friday a large number of workers would be retained.