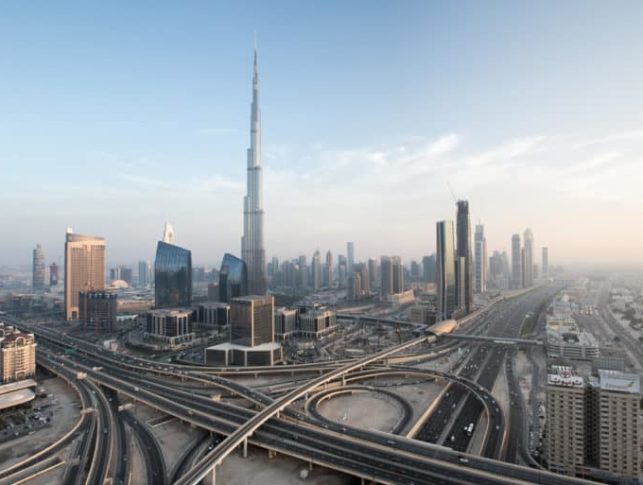 The past seven months have seen global oil prices drop sharply leading to significant revenue shortfalls in many energy exporting nations in the Middle East. Desperate to diversify revenue, the Gulf states will introduce direct taxation on its citizens for the first time.

According to Younis Haji Al Khouri, the United Arab Emirates Finance Minister Undersecretary, taxation could generate billions of dollars in revenue for the oil-dependent nation. A draft law for corporate taxation was approved by the UAE cabinet at the start of the year and plans to introduce value-added tax (VAT) by 2018 are underway. VAT would include heavy fees on luxury items such as cigarettes and alcohol, Al Khouri explained, but certain sectors such as healthcare, education, social services and 94 different food items would be exempt.

“There was a study conducted in 2014 that showed that the [revenues] collected from the implementation of value-added tax for the UAE are between AED10 billion (USD$27 billion) to AED12 billion (USD$32 billion)” Al Khouri said.

Oil prices reached an all-time low at the start of the year with benchmark Brent crude oil prices as low as just $28 per barrel and up to only $45.4 per barrel half way through November. In comparison, Brent crude went for more than $115, per barrel in June of 2014, reported Gulf News.

Largely to blame for the decrease in oil prices are surging oil production in the United States, a higher US dollar, and weak economic growth in energy importing countries, reports the BBC. However, the war in Syria and Iraq has also had a part to play. Militant group ISIS has been capturing oil wells and purportedly undercutting market prices by selling oil on the black market at a significant discount. According to the BBC, ISIS is making around $3 million a day selling oil for around $30 – $60 per barrel.

This has left the UAE and other oil-producing countries to deal with lower prices for their output. While the UAE government has taken some steps to remedy the situation, such as cutting billions of dollars’ worth of petrol subsidies, according to Deutsche Bank and IMF, the nation would still need the price of oil barrels to rise to at least $81 per barrel to balance its budget.

Introducing Tax in the Gulf nations

Introducing tax may be the answer to the UAE’s revenue woes. Although taxation has long been a taboo subject in the Gulf states, the current price of oil has caused many countries in the Gulf Cooperation Council (GCC) to rethink their stance. Taxation could be an alternative source of income for countries hoping to move their economies away from a dependence on oil and gas.

A research and risk analyst at Moody’s Investor’s Service Mathias Angonin, said the UAE has a limited amount of ways to improve revenue. “The UAE introduced tough measures quickly, including the fuel subsidy reform and the reduction in capital expenditures,” Angonin said. “But the list of low-hanging fruits to raise revenue or reduce expenditures is getting shorter and shorter. The authorities are focusing on medium-term measures such as the VAT introduction in 2018 and 2019 and new forms of taxation.”

Moving Economies Away from a Dependence on Oil

Although it has long been a steady source of income, the UAE is not entirely dependent on oil and gas. The country has a thriving maritime port and is a global aviation hub. According to Gulf News, UAE is one of the most diversified economies in the region. Trade and logistics, services, retail, tourism and aviation are among the key drivers of non-oil growth, explains Shady Shaher Al Borno, Head of Macro Strategy Research, Global Markets and Treasury, Emirates NBD.

“We expect the UAE economy to grow by 3.4 per cent in 2017,” says Al Borno. “In the medium run, we expect Expo 2020 to have a positive impact on growth dynamics of the UAE as a whole as the non-oil sector will benefit from the flow of projects for the construction of facilities to host the 2020 event.”

Dubai’s staging of the next universal technological exposition, entitled ‘Connecting Minds, Creating the Future’ and based on themes such as sustainability, mobility and opportunity, is expected to add an estimated 4.5 percentage points to GDP growth in the UAE and an extra $10 billion of private sector cash injected into the GCC, according to a report by Qatar National Bank. The event will also create thousands of jobs in construction, planning and tourism.

1 Featured, Middle East The collapse of oil prices is forcing the UAE to reconsider a long-standing taboo on...