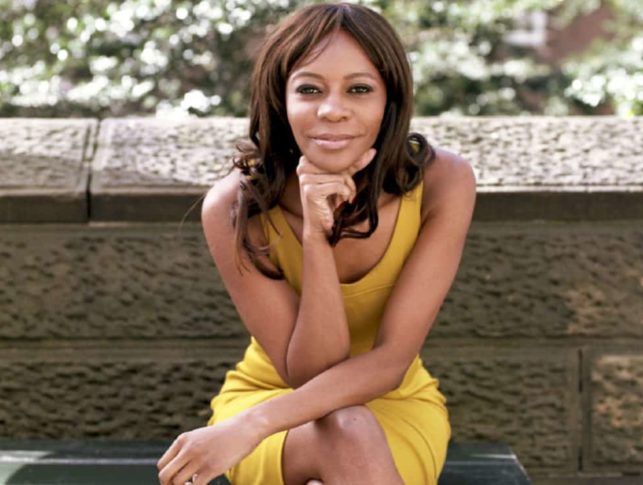 As an internationally renowned economist and author, Dambisa Moyo has analyzed the many aspect of macroeconomics and global current affairs, with focus on developing economies, market trends and finance, earning herself a position as one of the most respected people of our generation.

Ms. Moyo was born on September 15, 1969 in Lusaka, Zambia, but spent a fair portion of her childhood in the United States while her father completed a postgraduate degree, after which they returned to Zambia. Her father ended up with a career in an academic setting as well as public administration and her mother, with a career as chairwoman at a bank. The success of Dambisa’s parents had set her up with opportunity for her future education and career. She began a chemistry degree at the University of Zambia, however, chose to complete it back in the United States. This was done at American University in Washington, D.C., followed by a Master’s degree in business administration. She went on to obtain a second Master’s degree in public administration from Harvard, as well as a Ph.D. in economics from Oxford, with her thesis on savings- “Why Is It That Some Countries Save and Others Not?” Her interest and expertise lie in a number of fields which include, but certainly are not limited to, business strategy, economic modeling, foreign direct investment, unemployment, commodity supply, currency wars, public markets, U.S. fiscal policies, oil and trade.

“Dambisa Moyo makes a compelling case for a new approach in Africa. Her message is that “Africa’s time is now”. It is time for Africans to assume full control over their economic and political destiny. Africans should grasp the many means and opportunities available to them for improving the quality of life. “- Kofi Annan, former UN Secretary-General

Dambisa has worked at the World Bank as a consultant and at Goldman Sachs, during which time she wrote her first book while working full time. Dead Aid: Why Aid is Not Working and How There is a Better way for Africa was published in 2009, and sparked great controversy, as it outlines a very different model than what is currently in place. She criticizes the well-intentioned Western aid that is delivered to Africa every year, and how this financial aid has in fact made African governments reliant on this income, not only perpetuating the poverty cycle and inhibiting any economic growth and stability, but it hinders the local economy and supports corruption. Her suggested solution is to eliminate aid and incorporate the Chinese development strategy which includes heavy focus on trade and investment.

How the West Was Lost: Fifty Years of Economic Folly

Her second book was published in 2011 and is entitled How the West Was Lost: Fifty Years of Economic Folly. This book focuses on the West and its economic shortsightedness in terms of its policies, purchases and spending, labour, technology and poor investment. She argues that course correction for the West is imperative if it wants to have a chance at a viable economic future. This, she suggests, should be done by ending short-term consumption and shifting focus to long term investment, even if this means defaulting on debts and closing its market to rebuild.

Winner Take All: China’s Race for Resources and What it Means for the World is Ms. Moyo’s third book, published in 2012. In this book, she highlights and analyzes China’s long-term investments in resources other than oil, such as minerals, power, food and water which she clarifies as being limited, and increasingly sought after. She raises questions about loss/gain, control, the potential future conflicts and economic effects on the world scale.

All of her books are New York Times bestsellers, and have raised provocative opinions on these economic views and strategies discussed, however, her suggestions are well analyzed and straightforward, something that seems to be lacking in today’s geopolitical sphere. In addition to her three published books, Ms. Moyo has been named one of the “100 Most Influential People in the World” by Time Magazine, received the Hayek Lifetime Achievement Award in 2013 and participated in the Bilderberg Conference, the U.S. Federal Reserve Jackson Hole Conference and sits on the judging panel for the FT and McKinsey Best Business Book Award. She writes numerous articles which are published in the Financial Times, the Wall Street Journal and those alike.

She spends much of her time traveling, has been to over 70 countries and lives the life of a writer between the cities of Lusaka, London and New York. Her insight and work has illuminated some of the issues facing our world today, and will hopefully continue to raise questions, awareness and action where it is needed most.