Despite cuts, Big Oil to expand production into the 2020s 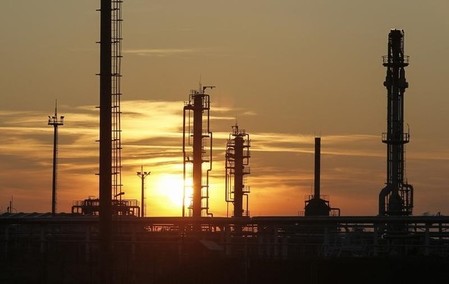 LONDON (Reuters) – Never mind the drop in crude prices, huge spending cuts and thousands of job losses – the world’s top oil and gas companies are set to produce more than ever for some time.

While top oil companies struggle with slumping revenues following a more than halving of prices since mid-2014 after years of spectacular growth, their production has persistently grown as projects sanctioned earlier in the decade come on line.

Overall production at the world’s seven biggest oil and gas companies is set to rise by around 9 percent between 2015 and 2018, according to analysts’ estimates.

With an expected recovery in prices, the increased production should boost cash flow and secure generous dividend payouts, which had forced companies to double borrowing throughout the downturn.

“There are a lot of projects coming on stream over the next three years that will support cash flow and ultimately dividend,” Barclays analyst Lydia Rainforth said.

And despite a drop in new project approvals, companies have throughout the downturn cleared a number of mammoth undertakings such as Statoil’s Johan Sverdrop oilfield off Norway and Eni’s Zohr gas development off the Egyptian coast.

Others opted to acquire new production, such as Royal Dutch Shell, which bought smaller rival BG Group for $54 billion this year, and Exxon Mobil through investments in Papua New Guinea and Mozambique.

Shell is expected to see the strongest growth among its peers over the next two years at 8 percent, according to BMO Capital Markets.

Production is unlikely to drop after 2020, and could post modest growth as companies continue to bring projects onstream, albeit at a slower pace, BMO analyst Brendan Warn said.

French oil major Total, for example, plans to clear three major projects by 2018 – the Libra offshore oilfield in Brazil, the Uganda onshore project and the Papua LNG project – that will begin production after 2020.

“We won’t see 5 to 10 percent growth that we’ve seen from companies in recent years. It will be closer to 1 or 2 percent,” Warn said.

Capital spending, or capex, for the sector is set to drop from a record $220 billion in 2013 to around $140 billion in 2017 before modestly recovering, according to Barclays.

But companies have learnt to do more with the money after slashing expenditure and tens of thousands of jobs, while the cost of services such as rig hiring dropped sharply throughout the downturn.

“2017 is the sweet spot for integrated companies. It took two to three years to adjust to the drop in oil prices, and a lot of the efficiencies introduced in recent years will roll into 2017, when projects kick in and free cash flow will improve,” Rainforth said.

The resilience is mostly due to new gas projects coming on stream as companies shift towards the less polluting hydrocarbon that is expected increasingly to displace oil demand in coming decades.

The slower pace of project development after a decade of rapid growth that was accompanied by soaring costs will help companies, Warn said.

“That is much more sustainable for a major that will reduce the number of large capex projects.” Like Business, Latest Updates from Reuters Despite cuts, Big Oil to expand production into the 2020s