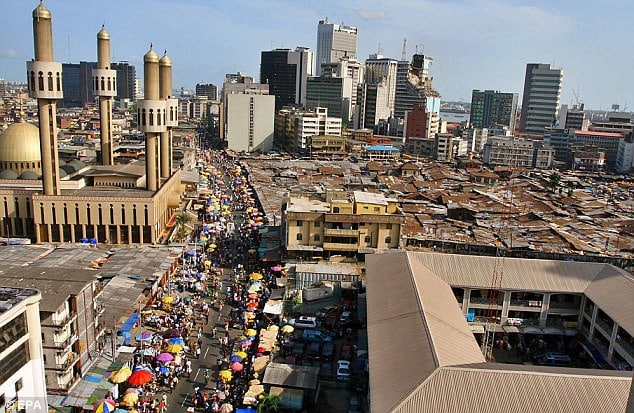 Despite the odds, the Middle East and Africa show improved business environments.

On June 1, 2015 the World Bank Group published its 13th annual Doing Business 2016 report, a virtual check-up on the health of 189 different economies and each one’s environment for small and medium sized businesses. By monitoring domestic business regulations, the World Bank Group attempts to analyze the shifting horizons for international entrepreneurs, hoping to usher in a firm-friendly future in light of the ever-globalizing world economy.

The rise of cross-border terrorism has caused concern for many business leaders and potential investors in the region. Though the state of presumed instability may suggest a weakened business environment in the Middle East and Africa, contrary to media sensationalism these regions have made massive strides in improving the economic conditions for business owners alongside the threat of potential conflict. As always, there is much more than meets the eye.

A Binary Opposition between Appearance and Reality

In light of this, though most foreign policy surrounding terrorism concerns blunt force and combat, there is a need to not just strengthen the fighting power of our African and Middle Eastern allies, but also strengthen the structures that support them. The dangers portrayed by mainstream media are a bite-sized vision of the entire reality at play, as the emotional nuances of warfare footage packs a more memorable punch than the hard numbers Doing Business presents.

The toll of a nearby enemy is evident in the World Bank’s report. The Middle East and North Africa (MENA) is still held as the least transparent region internationally, and with the exception of Morocco there is little public engagement in forming regulatory policy. The region’s governance carries a relatively low regulatory quality but with great efficiency.

Improved Business Conditions as the Norm

Despite the multiplicity of issues these policy makers face, almost all nations within the Middle East and Africa have made huge strides to improve their business environment. This region currently represents half of the twelve nations that implemented four or more reforms, specifically Rwanda, Madagascar, Senegal, Morocco, and the United Arab Emirates. Across the board, low income economies have made much bigger improvements than high-income economies: Sub-Saharan Africa alone accounted for over 30% of all regulatory reforms made between 2014-2015.

In addition, Sub-Saharan Africa represents half of the top-ten improved economies as ranked by Doing Business, with Uganda, Kenya, Mauritania, Senegal and Bahrain implementing major economic reform. Within this region Rwanda also stands out, boasting a massive reduction in the number of days required to transfer property from 370 to a mere 32, and jumping from a score of 2 to 19 out of 20 on an index that rates the ease and efficiency of attaining credit.

The thirteen years of data collection has afforded the World Bank group several conclusions about the relationship between regulation, efficiency, and performance, and in this year’s Doing Business report they found that transparency during policy making was “highly and significantly” related to greater regulatory quality as well as efficiency. Currently in Mozambique, proposed regulations are published in a federal journal and distributed to stakeholders to encourage dialogue. In Ethiopia, Niger, and Afghanistan, public meetings are held so that the public and business leaders can be a part of the process of reform. In Kenya they even have a website for proposed regulations, where anyone at any time can weigh in on economic policy.

And Kenya’s not the only place that’s gone online- Rwanda made electronic tax filing and payment compulsory in 2014/15, and the time required for businesses to prepare and file taxes fell by 10 hours. Uganda introduced an online system for obtaining trading licenses, and other economies introduced systems where trade-related documents could be processed, including Benin, Côte D’Ivoire, Ghana, Madagascar, Mauritania, Suriname, Tanzania, and Togo. Currently, 25% of MENA nations have online systems for tax filing and payments, reducing the scope for bureaucratic discretion and corruption while increasing the system’s transparency, simplicity, efficiency, and cost-effectiveness.

The Best and the Worst

Countries’ ability to govern and enhance opportunities for citizens despite attacks from groups like ISIS and Boko Haram is commendable and demonstrates that optimism is in fact realistic. Turkey, though overrun with refugees, was able to streamline the process of obtaining construction permits. Saudi Arabia, with ISIS only 30km from their borders made property transfers faster by updating to a computerized registry system.

Nigeria and Kenya, the top two sub-Saharan nations affected by terrorism in the last year were still able to make their business environments healthier, with Nigeria reducing fees for property transactions and increasing the protection of minority investors by requiring external review. Kenya significantly reduced the time it takes to start a business by eliminating procedural inefficiencies, improved electronic document management for land registry, and improved access to credit, electricity, and proposed policy dialogues.

During a time of growing cross-border terrorism, with sensationalized militias such as Boko Haram and the Islamic State, as well as lesser known groups such as the al-Nusra Front or the Fulani militia, the significance of the stability a strong economy offers has never been so important. The relative security a growing economy offers provides the resources and willpower to combat terrorists, supports the persecuted, ensures justice, and dissuades the sympathetic from joining the extremists. Like many other groups branded with violence that preceded them, this generation of extremists will fall from within once they realize that peace is a more profitable reality.