Dr. Bouamatou: breaking down the gender barriers in banking 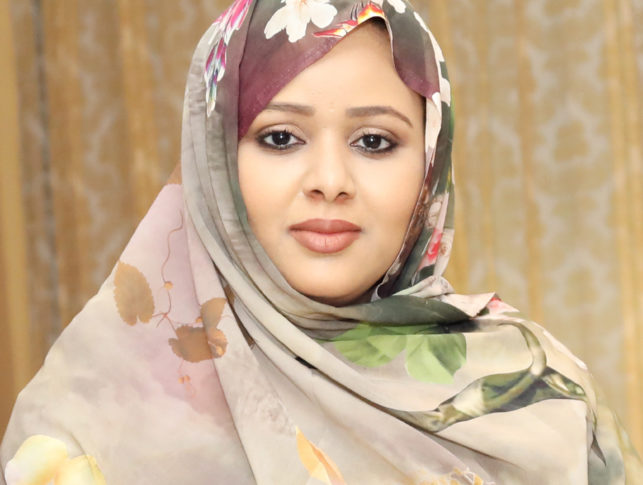 While it would be fair to say that actual talent in the world of finance is distributed equally by gender, it would also be fair to note that this talent is not equally distributed among the top tiers of management. In fact, it was only in October 2019 when the Royal Bank of Scotland announced that Alison Rose would be its next chief executive that a woman finally reached the top position in a global bank. The same month, Citigroup named Jane Fraser as President, a move many commentators see as preparing her for the CEO position. IMF figures show that only 2% of banking CEOs globally are women.

There is plenty of female talent within the finance industry, but generally, the glass ceiling tends to hold them back from the top positions. That glass ceiling often means salary disparity too. In January 2019, Citigroup revealed that its female employees receive on average 71% of their male counterparts. Given that they have over 200,000 employees, with more than half of them women, hopefully, this honesty will see the pay gap closing.

In emerging economies, the appointment of women to top positions is doubly important. Not only does it address gender disparity, a major issue in many African and Latin American countries, but it also helps the institutions connect more readily with the 1.8 million unbanked women that the World Bank is targeting in Africa and Latin America as part of their 2020 financial inclusion goals.

One such woman who currently stands out is 35-year-old Dr. Leila Bouamatou, who is currently Managing Director and Board Member at Générale de Banque de Mauritanie (General Bank of Mauritania). Dr. Bouamatou holds a Master’s Degree in Finance from Barcelona’s EADA Business School, an Executive MBA in Business Administration from South Mediterranean University, and a Doctorate in Business Administration from Fox School of Business & Management. Impressive credentials quickly silenced any critics who say she gained her position through her father, Mohamed Ould Bouamatou, who founded GBM in 1995 as the first private bank in Mauritania.

Dr. Bouamatou trained in Tunisia with Deloitte’s, with MediCapital Bank in London, and then with BMCE Bank International Plc – who specialize in African investments – also in London. She had just been offered a lucrative contract in London when her father asked her to return home and join the treasury department of GMB. She served as Head of the Treasury Department for 10 years, before being promoted to managing director and board member.

While Mauritania is one of the poorer African countries at the moment, economic development looks good, thanks mainly to a program of reforms which will hopefully be continued by the new president, Ould Ghazouani, who won the election of June 2019, taking over from retiring president, Mohamed Ould Abdel Aziz. On an optimistic note, it is worth remembering that this was the first peaceful change of ruler since the country gained independence from France in 1960. Those reforms have meant that Mauritania is ranked in the top 10 of global reformers. But it is also worth noting that the country continues to have a large foreign trade imbalance though GDP is forecast to rise by 5.2% in 2019 after two years’ steady at 3.5%.

To Break Down the Disparity Barriers in Africa

Dr. Bouamatou is a huge supporter, not only of financial inclusion for women but also of empowerment and breaking down the disparity barriers across the continent. Speaking to her alma mater, Fox School of Business & Management, she said:

Dr. Bouamatou is married to Tah Meouloud, a fellow graduate of Fox School of Business & Management, and an economist who was head of human resources at BSA subsidiary BSA Technologies. They have two children.

A Statement against Discrimination against African Women

Dr. Bouamatou always wears an El-melhfa, a traditional piece of cloth which covers her from ankles to face. While many see El-melhfa as a Muslim tradition, it is more a Saharawi tradition, one which is worn by all religious and ethnic groups of the Saharawi. It is a symbol of Saharawi pride and resistance, especially in what these people view as ‘occupied territories’. Because of its visibility, wearing it can often lead to discrimination against women. By choosing to always wear it, Dr. Bouamatou not only acknowledges her heritage, but she also makes a statement against discrimination against women throughout Africa.