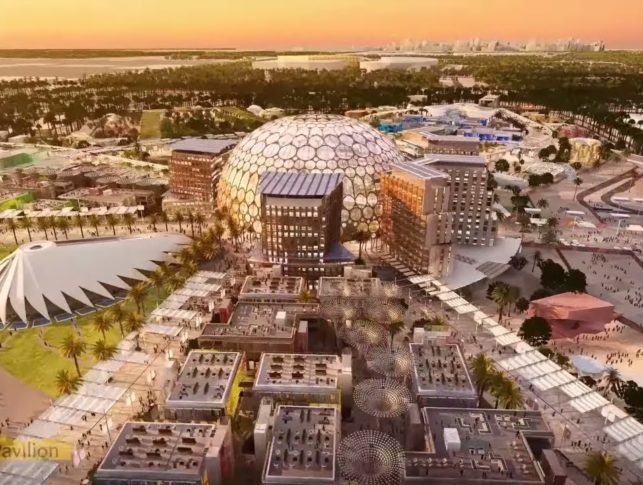 It would appear that Dubai can do no wrong at the moment. With visitor numbers in 2019 up 5.1% from 2018 to a new high of 16.73 million, the most populous city in the United Arab Emirates continues to look for new ways to bedazzle the world.

As the first city in the Middle East to hold a World Expo, Dubai has a chance to not only put its own achievements and plans for the future on show but to host countries from around the world willing to share, show off, and sell their own ideas and developments.

But just what is a World Expo?

The idea originated with France’s national exhibitions with 1844’s French Industrial Exposition often touted as the greatest of the time. But it was 1851’s “Great Exhibition of the Works of Industry of All Nations’ held at London’s Crystal Palace that is seen as the blueprint for all the world expos up to the present day. The London World Expo is viewed as the first exhibition of manufactured products from around the world and is seen as having a major influence on trade, tourism, and art & design for decades to come.

The development of World Expos is split into three distinct eras. The first, from 1851 to 1938, focused very much on industrialisation, and showcased technological progress and inventions. From 1939 to 1987, it was the era of culture, with the sharing of cultural ideas as well as innovation. The modern era, which began in 1988 in Brisbane, focuses more on the idea of nation branding, with countries seeking to improve their image to potential investors and tourists.

It is difficult to judge the economic benefits to countries that participate in the Expos. The average cost of a pavilion at Hanover’s Expo 2000 was €12 million ($13 million), a figure that puts many countries off. However, an independent study into The Netherlands’ investment at Hanover estimated that their €35 million pavilion generated around €350 million in revenues for the country.

Few If Any Countries Do It Better Than Dubai

When it comes to nation branding, few if any countries do it better than Dubai. It’s a name that has become synonymous with luxury and with making dreams come true. Global recognition of Dubai is extremely high, thanks in no small part to the state carrier, Emirates Airlines, whose sponsorship deals outstrip any of their competitors. They sponsor Arsenal, Real Madrid, and Paris St Germain, three of Europe’s leading football clubs.

World Expos take place every five years and last for six months. Dubai won a resounding victory in 2013 at the 154th General Assembly of the governing body of world expos, the Bureau International des Expositions (BIE).

Dubai 2020’s central theme of “Connecting Minds, Creating the Future” reflects the philosophy Dubai follows in attracting some of the world’s leading scientists and tech innovators to work in this small gulf state. The Expo also has three subthemes:

Over the six months’ duration, millions of visitors will visit the pavilions from some 200 participants representing 192 countries. Given that previous World Expos have given us architectural wonders such as the Eiffel Tower and the Seattle Space Needle, as well as things we now take for granted such as the typewriter or Heinz Tomato Soup, the anticipation is already growing for the Expo’s opening on October 20th.

The focal point of the Expo will be the Al Wasl Plaza, named after Dubai’s historical name of Al Wasl – the connection – due to how it connected people from around the world. The site will have three thematic districts, anchored by an accompanying pavilion, and all linked to the Expo’s theme and subthemes. The UAE will have its own pavilion, designed by Santiago Calatrava and resembling a falcon in flight. With exhibitions, performances, art, music, gardens, and food from every corner of the globe, Dubai 2020 promises to be as spectacular as Dubai itself.