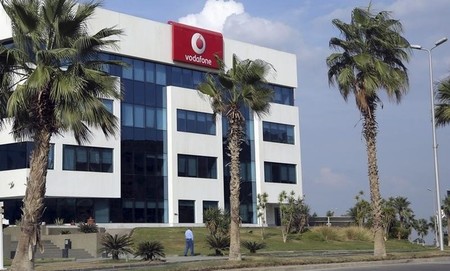 CAIRO (Reuters) – Vodafone Egypt and Etisalat Misr signed licensing agreements on Sunday for the operation of 4G mobile broadband networks in Egypt in deals that will allow the country to introduce long-delayed high speed telecoms services.

Egypt is selling four 4G licences as part of a long-awaited plan to reform the telecoms sector and raise much-needed dollars for depleted government coffers.

Its three existing mobile network operators – Orange, Vodafone and Etisalat – had initially all turned down the 4G licences saying the amount of radio spectrum on offer was inadequate.

“The terms and conditions we signed last night are different from three weeks ago, we consider the terms now completely satisfactory to launch top quality 4G services,” Stefano Gastaut, CEO of Vodafone Egypt told a news conference announcing the deal.

The change in terms was related to the frequencies offered by the telecom regulator, Gastaut said, adding that this new acquisition makes Vodafone Egypt the biggest holder of spectrum in the country.

The regulator said previously that it would consider running an international auction for the remaining 4G licences if the country’s existing mobile carriers refused to do a deal.

Telecom Egypt, the state’s fixed-line monopoly, was the only company to take up the state’s original offer, buying a 4G licence in August for 7.08 billion Egyptian pounds ($797 million) to enter the mobile market directly for the first time.

Companies had originally objected to a requirement that half the licence fee be paid in dollars. Orange Egypt agreed last week to the provision. Vodafone Egypt and Etisalat Misr did not disclose what portion they would pay in foreign currency.

The regulator announced last week that operators that paid for a licence entirely in U.S. dollars would be given priority in buying additional spectrum.

Vodafone Egypt agreed to pay $335 million in a deal signed in the early hours of Sunday morning, the regulator said.

Etisalat Misr, the Egyptian unit of Etisalat agreed to pay $535.5 million and plans to purchase 10 megahertz (MHz) of additional spectrum after the deal, a company official said.

Telecoms regulator head Mostafa Abdel Wahed said all payments will be made in full, without instalments, and the companies will have one month to complete any foreign currency transfers.

Both Etisalat Misr and Vodafone also agreed to buy fixed line phone service licences for $11.26 million each, the regulator said.