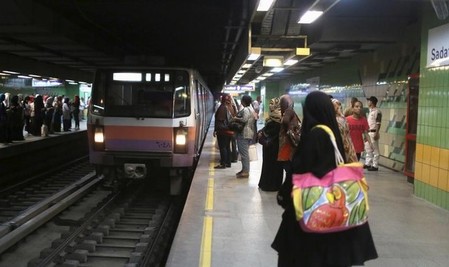 CAIRO (Reuters) – Egypt doubled the price of tickets for millions of commuters on Cairo’s loss-making metro on Thursday, angering residents already hit by a sharp rise in living costs.

The move comes four months after Egypt floated the pound under an economic reform programme which secured it billions of dollars of loans from the International Monetary Fund – and led the currency to lose half its value and prices to soar.

“All prices have gone up,” said Mona Yasin, a 27-year-old masters student leaving a metro station on Mohamed Farid street in central Cairo.

“What is happening exactly? We can’t find medicine or any of the necessary goods in the market, and every time they blame it on the (high price of the) dollar,” she said.

“Everyone takes the metro – can you live without money?”

The minimum wage in Egypt, which is not always enforced, is 1,200 Egyptian pounds ($66) a month. The government statistics agency said that 28 percent of Egyptians earned less than $2 a day in 2015.

President Abdel Fattah al-Sisi said in December that Egyptians were coping well with challenges, but he is facing increasing pressure to revive the economy and get prices back under control. Last month Egypt’s urban consumer price inflation hit 30 percent, its highest level in 30 years.

“I earn only 1,000 pounds a month, which is not even the minimum wage,” said 31-year-old Amal, who works in a printing house and said she had put off her wedding because she could not afford to buy simple household goods.

“People are suffering. This is the cheapest and easiest means of transportation and they raised its price”.

Other passengers complained that the metro, which was opened 30 years ago, had deteriorated over time and they hoped the extra money would make a difference.

“Two pounds is OK, but only if they improve the service. The service is very bad, there are a lot of delays during rush hour,” said Mohamed Ezzat, a 43-year-old accountant.