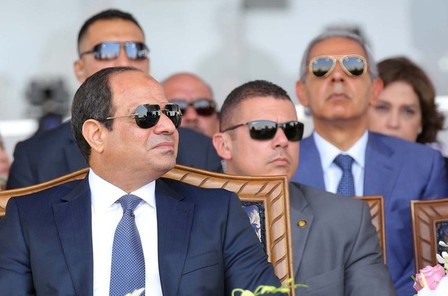 It will be chaired by Sisi and its decisions are binding on all ministries and public bodies.

Egypt has been trying to attract investment needed to restore growth since the 2011 uprising, which ushered in protracted political turmoil and scared away tourists and foreign investors – key sources of hard currency.

In comments on CBC television channel, Investment Minister Dalia Khorshid said the government would submit an investment law to parliament within next month.

“The draft of the law is ready…and we want to finish it during the next month,” Khorshid said.

The government has been working on a new investment law it hopes will slice through Egypt’s notorious red tape and make it easier and quicker for foreign investors to do business.

The decision to establish the council, published in the Official Gazette on Sunday, said its members will include the prime minister and the Central Bank governor and ministers of defence, interior, finance, investment, trade, justice and the head of the General Intelligence Service.

The board will meet every two months upon the chairman’s invitation and the decisions will be made by voting with a majority. The president will take the decision in case the votes are equal.

The council’s roles include following up on the execution of investment plans, development of major economic projects and projects that partner with the private sector.