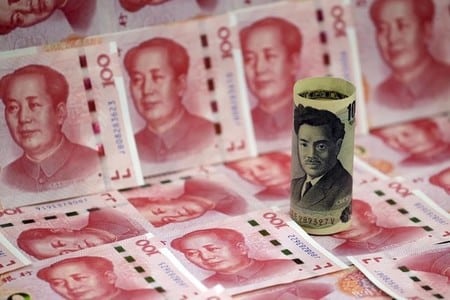 He told a news conference that potential issuing currencies included the Japanese yen and China’s yuan but that it was too early to say when or how much Egypt might seek to borrow.

Egypt sold $4 billion of Eurobonds in three tranches on Tuesday, raising twice as much as targeted and at lower yields than initially expected.

The combined order books for the five-, 10- and 30-year bonds exceeded $13.5 billion, which bankers said should mean demand is there for further bond sales.

“If (Egypt) decides in 2017 to issue more external debt it will be able to do so because (Tuesday’s) issuance was covered 3.5 times,” said one banker, who declined to be named because he is not authorised to speak to media.

“That on its own shows there is a lot of appetite.

“The appetite is mainly driven by the economic reforms happening in Egypt combined with the lack of investment opportunities abroad that have similarly high yields,” he added.

Another banker said bigger-than-expected demand for the 30-year bonds had been a surprise and showed confidence is growing in Egypt’s long term stability.

Six years after a popular uprising drove away tourists and investors, both major sources of foreign currency, the country of over 90 million people is struggling with an acute shortage of dollars. To meet its financing needs, it has sought funding from a variety of sources, from development loans to foreign grants and aid.

Tough economic reforms, including floating its currency, which roughly halved the value of the Egyptian pound overnight, and a three-year, $12 billion International Monetary Fund programme have helped reassure foreign investors.

“If we look at a comfortable level of 25 percent of GDP, that would give Egypt room to borrow at least $20-25 billion more through international bonds,” although it was likely to have to pay more to borrow than at last week’s sale, he said.