Egypt to halve arrears with oil companies in coming weeks 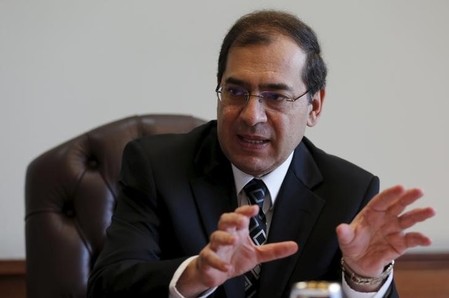 RAVENNA, Italy (Reuters) – Egypt expects to cut the $3.5 billion euros it owes to international oil companies by around half in coming weeks, the Egyptian oil minister said on Wednesday.

“We have made a lot of progress on paying off arrears,” Tarek El Molla said at an oil and gas conference.

The minister also said he expected to finalise an agreement to import crude oil directly from Iraq in a month at the most.

“We will import around 1 million barrels a month,” he said.

Asked when Egypt might become an exporter of oil and gas, Molla said the country would be self sufficient by the end of 2018.

“Starting from 2019 and beyond we can start talking about exporting,” he said.