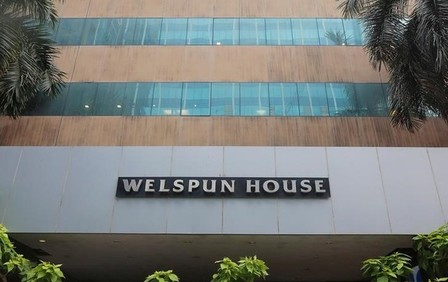 MUMBAI (Reuters) – Welspun India said it had acted to address concerns over the quality of its Egyptian cotton as the departure of two major U.S. customers over the issue led to a quarterly loss.

The bedding and towel maker also warned on Tuesday of muted revenue growth next year after Target Corp and the world’s largest retailer Wal-Mart Stores Inc said they would stop buying its Egyptian cotton products.

Target alleged in August that Welspun had passed off cheap sheets as premium Egyptian cotton. Egyptian cotton uses high-end fibre, and hence sells at a premium to regular cotton.

Chairman B.K. Goenka said that while the contribution of Egyptian cotton had fallen to 3 percent of Welspun’s total revenue, nearly half of last year, as a result of the quality issue, the firm has no plans to exit the business.

Goenka said the fault with the cotton products supplied to Target was due to “a complex supply chain” that Welspun is now working on simplifying by bringing it in-house rather than outsourcing.

“The outsourcing has helped us meet our volume requirement … however, the increasing complexity of our supply chain has presented a challenge toward tracking and traceability,” Goenka said.

He said consultancy EY had completed an audit and Welspun is implementing suggested remedial measures to its supply chain.

“This is opportunity for us to improve our processes across our products,” Managing Director Rajesh Mandawewala said.

Welspun said it had been in touch with all its clients about the Egyptian cotton quality issue.

With the exception of Target, which said in August that it had severed all ties with Welspun, the rest of its clients planned to continue working with the company, Goenka said.

Those include the U.S. retailers JC Penney and Bed Bath & Beyond, which conducted their own audits of Welspun.

Welspun reported a consolidated net loss of 1.48 billion rupees ($21.87 million) for July-Sept, as against a profit of 1.79 billion rupees a year earlier.

It also took a provision of about 5 billion rupees to cover costs related to the Egyptian cotton issue, and any costs that may result from U.S. lawsuits.

Wal-Mart was sued last week on behalf of consumers who alleged the retailer sold products falsely labelled “100% Egyptian Cotton” from Welspun for many years after it first became suspicious about the quality of their fibre.

Welspun’s stock price is down 42 percent since August, and closed down 4.47 percent on Tuesday, after falling as much as 10 percent earlier in the day.