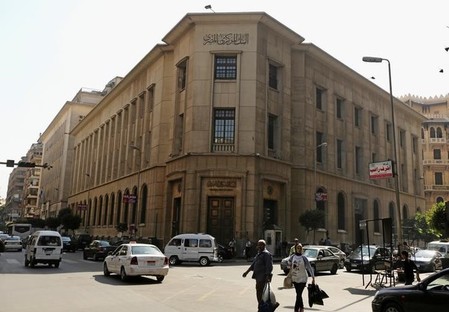 CAIRO (Reuters) – Egypt received a $2 billion central bank deposit from Saudi Arabia in September, the prime minister told Reuters on Thursday, confirming it had been accounted for in the previous month’s foreign reserves total, which stood at $19.6 billion.

The timing of the deposit makes clear it was received before a suspension of petroleum aid by Saudi Arabia, which began on Oct. 1 and had raised questions over the fate of Saudi aid destined for Egypt.

Egypt’s central bank said late on Wednesday that it had received a $2 billion deposit that could bring it closer to clinching a $12 billion IMF lending programme aimed at plugging the country’s deficit and balancing its currency markets but had not clarified when the money was received.

Egypt secured a preliminary agreement for the loan in August, but head of the IMF mission in Cairo Chris Jarvis told Reuters at the time that Egypt would have to secure $5-6 billion in bilateral financing before the board grants final approval.

The Saudi deposit follows an agreement by the United Arab Emirates in August to give Egypt’s central bank a $1 billion deposit for six years.

Egypt is also in talks with China. An IMF official said during its annual meeting last week that the IMF and Egypt had made “good progress” on securing the funding but did not specify how much might still be needed.