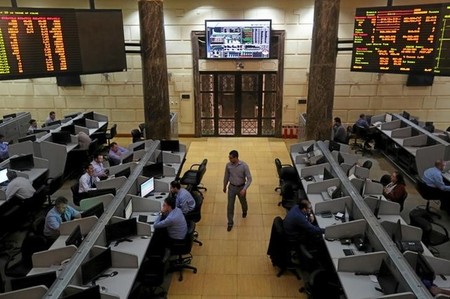 The oil company first floated on the Cairo exchange in 2005 and around 20 percent of its shares are currently listed there.

President Abdel Fattah al-Sisi’s office said in January that Egypt plans to list shares in state-owned banks and other companies on the stock market as part of moves aimed at jump-starting investment and boosting the economy.

AMOC’s Chairman Amr Mostafa said the board would decide next week exactly how much of the company would be listed.

“I think AMOC will be the first company listed as part of the government listings programme. The listing will come out of the principal shareholder’s share or from more than one shareholder’s shares,” Mostafa said during an interview in his office in Alexandria this week.

AMOC’s biggest shareholder is state-run Alexandria Petroleum Co. with a 20 percent stake. Two other state oil companies each own 3.6 percent stakes and various banks and investment funds own 52 percent of the company.

Mostafa said he expects the share issues would be in the first half of 2017 and that the issue price would be the average stock price for the six months preceding the listing.

AMOC produces essential mineral oils, paraffin wax and its derivatives, naphtha and butane, and distributes and markets them in Egypt and abroad.

On Jan. 22 it announced a first-half net profit of 545.8 million Egyptian pounds ($30 million) up from 157 million a year earlier and Mostafa said he expected a similar profit in the second half.

The company is moving into oil refining and will start operations at its Midor refinery next month.

“We agreed with the (state-owned) Egyptian General Petroleum Corporation that we would start refining crude next month in Midor. We will start with around 350,000 barrels per month and the Corporation will buy the crude for us and we will sell the products back to them,” he said.

Mostafa said AMOC expects to make $2 per barrel and that it aims to make refining crude oil contribute around 12 percent of its annual profits.

Al-Ahly Capital, the investment banking arm of Egypt’s largest state-owned bank the National Bank of Egypt, will be responsible for promoting the London GDR issue.