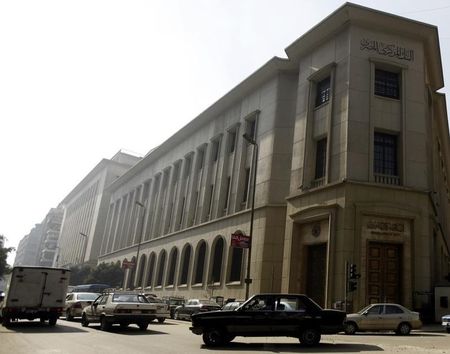 Egypt, which depends on imports, has faced a currency crisis since a 2011 uprising drove foreign investors and tourists away. Hard currency reserves have more than halved $16.4 billion since then.

The decision excludes imports of medicine, foods, and other essential goods such as wheat.

The central bank said it aimed to “strengthen the national economy and promote local products, enhancing their competitiveness against foreign products,” in a statement on Tuesday.

Egyptian manufacturers have been pushing for stricter regulations to stop importers putting artificially low values on customs bills to avoid duties, a widespread practice that makes it difficult for local products to compete on price.

“They are just fine-tuning the present regulations amid the foreign currency shortage. This definitely could increase the pressure on importers,” he said.

The statement said that banks should obtain documents for imports directly from foreign banks, instead of obtaining them from the clients as is the practice currently. This is to stop any manipulation of receipts by importers, the Egyptian customs authority said on Tuesday.

Importers will also have to provide 100 percent of the cash deposit on letters of credit for imports instead of the current 50 percent.

“The central bank is trying to use all available measures to try to limit imports and this could limit the import of luxury goods, but it is not the key solution that would solve the foreign currency shortage,” Waleed said.

Egypt’s central bank has been rationing dollars and keeping the currency artificially strong at 7.7301 through weekly dollar auctions, giving priority to imports of essential goods.