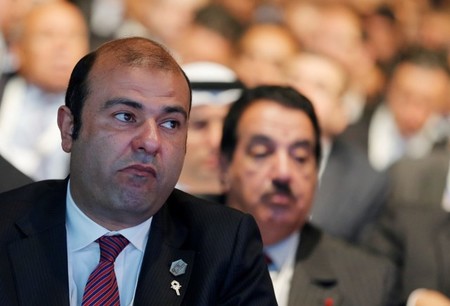 CAIRO/ABU DHABI (Reuters) – Egyptian Minister of Supply Khaled Hanafi resigned from his post on Thursday, the highest level fallout from a corruption probe into whether millions of dollars intended to subsidise farmers were used to purchase wheat that did not exist.

“I announce leaving my post so that the state can choose who will bear and continue this path of giving,” Khaled Hanafi said on state television.

Egypt, the world’s largest importer of wheat, has been mired in controversy over whether much of the roughly 5 million tonnes of grain the government said it procured in this year’s harvest exists only on paper, the result of local suppliers falsifying receipts to boost government payments.

If Egypt’s local wheat procurement figures were misrepresented, it may have to spend more on foreign wheat purchases to meet local demand – even as it faces a dollar shortage that has sapped its ability to import.

Egypt’s supply ministry is in charge of a massive food subsidy programme and the main state grain buyer, the General Authority for Supply Commodities (GASC).

Parliamentarians who formed a fact-finding commission to investigate the fraud have said upwards of 2 million tonnes, or 40 percent of the locally procured crop, may be missing.

The general prosecutor has ordered arrests, travel bans, and asset freezes for several private silo owners and others allegedly involved in the scandal.

While Hanafi has not been accused of directly profiting from misallocated subsidies, parliamentarians, industry officials, and media commentators have in recent weeks pinned blame for the crisis squarely on his shoulders.

The prospect of hundreds of millions of dollars in squandered government subsidies comes as Egypt gears up for a raft of austerity measures, including various subsidy cuts agreed to as part of a $12 billion IMF programme that could bring pain for its poorest.