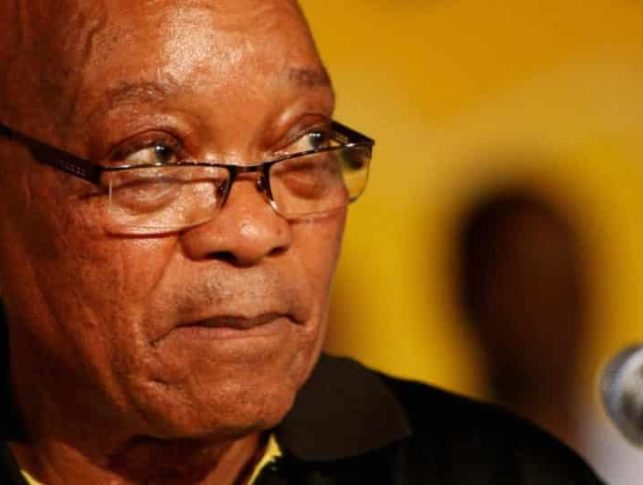 South Africa has reclaimed its spot as Africa’s largest economy, but fallout from recent elections threatens to exacerbate the country’s economic difficulties.

Frustration with the nation’s struggling economy prompted many voters in Aug. 3 municipal elections to turn away from the African National Congress (ANC), the storied party of Nelson Mandela which has led the country since the end of apartheid more than two decades go.

In the face of high unemployment and slow growth, voters in several major cities, including Pretoria and Johannesburg, turned to the Economic Freedom Fighters party on the left or the Democratic Alliance on the right.

Those parties, far apart on economic and other policies, have nevertheless  informally agreed to band together in order to shut out the ANC. EFF leader Julius Malema rebuffed ANC overtures to form a coalition in Johannesburg, calling the party “corrupt to the core.”

In elections that are widely seen as a vote on the performance of the national government, the ANC received 54 percent of the vote, compared to 62 percent just two years earlier.

However, the party saw steeper declines in the nation’s urban areas, where middle class voters rejected ANC appeals based on the historic role of the party. For example, in Johannesburg, South Africa’s largest city, the ANC received only 44 percent of the vote, while only 41 percent of voters in the capital of Pretoria favored the ANC. Even in Nelson Mandela Bay metro area, which is mostly black, voters elected a white commercial farmer, Athol Trollip, as mayor.

The party went into the election with considerable baggage, including a sluggish economy and a spate of corruption scandals in the administration of President Jacob Zuma.

Last spring, a South African  court rebuked Zuma, saying that he violated the constitution when he used millions in government funds for improvements at his home in rural , They included a swimming pool, visitor center, and an amphitheater, which he said were necessary for his security. The court ordered Zuma to pay more than $16 million back to the state.

Zuma sent South Africa’s economy into a tailspin last December after he abruptly fired a respected finance minister and then was forced to sack an inexperienced replacement only four days later amid protests.

The value of the rand plummeted but a measure of order returned with the appointment of a third finance minister, Pravin Gordhan.

At the same time, the nation’s economy has not rebounded from the 2007-08 financial crisis, and experts predict little growth in the coming years.

The South African Reserve Bank has forecast that the country will record no  growth this year and less than 2 percent annually in 2017, 2018 and 2019.

The nation’s unemployment rate tops 25 percent and it is more than double that among young people.

Experts suggest major economic reforms will be required to fuel the growth the country needs and to avoid cuts in government spending and a credit downgrade.

“South Africa’s public purse has come under pressure. At the same time the country faces the danger of a credit risk downgrade by international credit rating agencies,” said Jannie Rossouw, head of the School of Economic & Business Sciences at the University of Witwatersrand.

Rossouw said the government might have to give away some state-owned enterprises, such as South African Airways, that are unprofitable and a drain on tax coffers.  South African should also cut bureaucratic red tape to stimulate economic activity.

However, Rossouw said he did not see a way forward for reform in the near term unless the anti-Zuma faction within the ANC can take control from the president’s faction.

At the same time, he said, planning and implementation of reforms could be slowed by the fact that a growing number of municipalities have coalition governments, some of which are unfriendly to the ANC.

Meanwhile, South Africa’s hold on the title of Africa’s largest economy may be tenuous.

The country reclaimed the top spot this summer after trailing Nigeria and Egypt.

However, the ranking is based primarily on the gross national product as measured by the value of a nation’s currency against the U.S. dollar. The increase in the dollar value of the South African rand outpaced that of the two other countries even though the nation’s GDP decreased to $312.8 billion in 2015, according to World Bank data.