Emirates says may cut Africa flights because of economic challenges 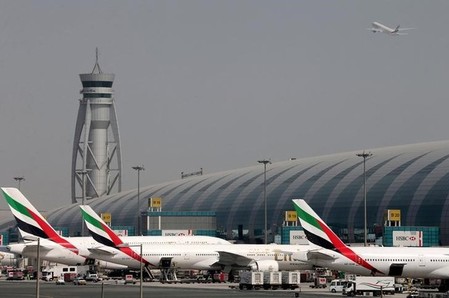 DUBAI (Reuters) – Emirates airline could reduce the frequency of its flights to African cities or cut routes completely if current economic and financial challenges on the continent continue, President Tim Clark told reporters on Tuesday.

Foreign airlines flying to Nigeria have started to refuel abroad because jet fuel supplies there have become more expensive and scarce as the country battles a hard currency shortage.

Emirates has started a detour to Accra, Ghana to refuel its daily Abuja-bound flight, a spokesman said last month; the airline had already cut its twice-daily flights to Lagos and Abuja to just one.

“In certain African countries, the currencies have really gone down, so we’re reflecting on a number of these to look at where it’s just not worth us to travel,” Clark said on the sidelines of an International Air Transport Association event.

He added that Emirates’ load factor – a measure of capacity utitlisation – for the rest of 2016 and 2017 would probably be in the mid-70s to low-80s in percentage terms, although there would be some peaks and troughs in that time.