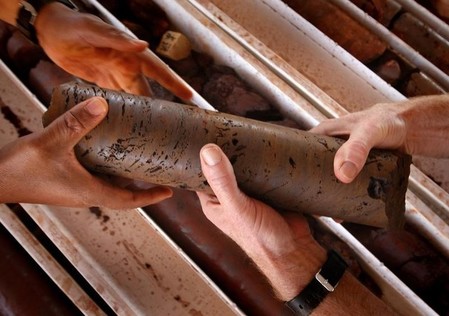 “The recent improvement in the price of iron ore makes Equatorial confident that it will find the necessary financing to develop the mine,” the company said in a statement distributed late on Tuesday after the meeting.

However, the S&P 1500 composite steel index has surged since the U.S. election, bolstered by U.S. president-elect Donald Trump’s perceived support for the steel industry.

Chinese iron ore futures are also rising amid news that production at steel mills in northern Hebei province will be curbed or even shut for as long as four months in an effort to combat pollution.

Equatorial Resources estimates annual iron ore production of 40 million tonnes at the Badondo mine and its feasibility study foresees construction beginning next year, the statement said.

Plans for the building of new infrastructure, including construction of a rail line and port to facilitate exports, must be finalised before the project can be developed, it said.