Etisalat Nigeria yet to agree debt deal with lenders: source 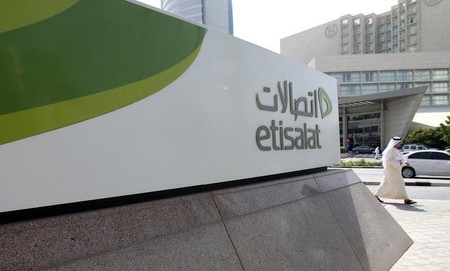 By Stanley Carvalho and Chijioke Ohuocha

DUBAI/LAGOS (Reuters) – The Nigerian arm of Abu Dhabi telecom group Etisalat is yet to agree a deal on restructuring a $1.2 billion loan with local banks after it missed a payment, a company source told Reuters.

Etisalat Nigeria told Reuters last month that it was in talks with lenders to restructure the loan.

The source, who is not authorised to speak to media, said that Etisalat and the group of 13 Nigerian lenders were yet to agree on a debt restructuring proposal.

The source was speaking on the sidelines of Etisalat’s annual general meeting in Abu Dhabi on Sunday, where Chief Executive Saleh Al Abdooli declined to comment on the debt talks when asked by Reuters.

Etisalat did not respond to a request for comment.

Nigerian regulators agreed with local banks in March to pursue a default deal rather than a receivership for Etisalat Nigeria so as not to deter investors and to avoid a wider debt crisis.

Sources have said that Etisalat would consider selling its stake in the Nigerian entity after the debt deal is agreed. Like Latest Updates from Reuters Etisalat Nigeria yet to agree debt deal with lenders: source