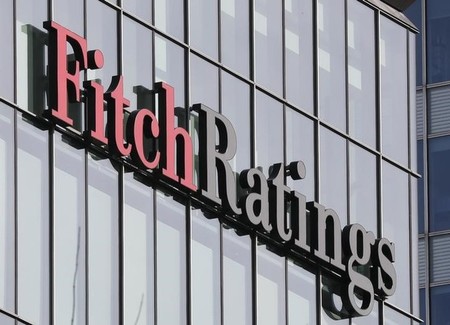 South Africa has dodged downgrades from S&P Global Ratings and Moody’s, taking some pressure off President Jacob Zuma ahead of elections in August and giving policymakers more time to implement reforms to boost GDP growth.

Fitch, which rates South Africa one step above speculative grade with a stable outlook, has not said when it will publish its review. The Treasury has said it expects the review on June 8.

“We expect Fitch to affirm the rating at BBB- but change the outlook to negative, bringing them in line with S&P,” Rand Merchant Bank analyst John Cairns said.

“The announcement will be a small negative and will not fully offset the positive news from S&P.”

Three other analysts Reuters spoke to expected much the same result.

S&P said on Friday it was sticking to its BBB- rating on South Africa, one notch above non-investment grade. But it warned that its negative outlook reflected the potential adverse consequences of low GDP growth. Last month, Moody’s kept its rating at Baa2.

The rand and government bonds jumped after the S&P review, with the currency trading 0.3 percent firmer, while the benchmark bond due in 2026 and the country’s dollar-denominated bonds firmed.

Rating agencies had warned of possible cuts to South Africa’s credit standing after Zuma rattled investors by changing finance ministers twice in less than a week in December, triggering a cross-asset selloff.

In its last review, released on Dec. 4, before Zuma swapped his finance ministers, Fitch had said it expected South Africa’s economy to grow by 1.7 percent this year.

But the economy has taken a turn for the worse after scandals surrounding Zuma and a severe drought that has hit agricultural output and worsened inflation.

The Treasury currently expects GDP growth of less than 1 percent this year.

Zuma has faced calls to resign following a Constitutional Court ruling in March that he had erred by refusing to refund the state for renovation work on his house paid for by the taxpayer.

“There is always a chance that they (Fitch) change the ‘stable’ outlook on their BBB- rating to ‘negative’, although this is not a given just yet,” said Standard Chartered’s head of Africa research, Razia Khan.

“Having just downgraded South Africa and assigned the stable outlook to the rating last December, they too could give it another six months or longer before changing the outlook.”

Analysts say a downgrade to “junk” status could be on the cards later this year if policy measures did not turn around an ailing economy.

“Fitch’s decision to hold the rating outlook at stable or to adjust the outlook to negative has valid arguments on both sides, and will therefore be a very close call,” NKC African Economics’ Hanns Spangenberg said.

“However, given the deterioration in South Africa’s economic growth outlook, as well as an uptick in political risk over the last few months, our view is that the correct decision for Fitch would be to adjust South Africa’s rating outlook to negative.”

(By Olivia Kumwenda-Mtambo. Editing by James Macharia and Hugh Lawson)