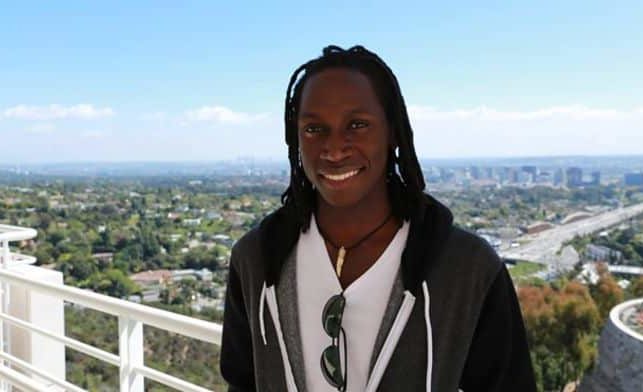 It seems that these days Africa is bursting at the seams with young innovators. 26-year- old Ugandan Isaac Oboth is a fantastic example of one such individual. The young man is the founder and CEO of Media 256 Ltd, one of East Africa’s fastest emerging film and television production companies. Oboth has scooped coveted awards and been recognized as one of Africa’s hottest emerging entrepreneurs. It is peculiar that many highly successful individuals have often suffered tragedy during their childhoods. Perhaps by enduring such hardships they develop uncommon tenacity and fortitude. In Oboths case, by the time he was seven years old, both of his parents had passed away. The young orphan was taken into care by his older brother Ivan, who worked hard to provide for him.

When Isaac was 16 and still attending school, his brother lost his job. Isaac said “It was a pivotal point for me, Ivan was my sole provider,&quot; Ivan could no longer afford to send Isaac to school, and asked his younger brother to start earning money. However, Isaac wasn’t going to let his education slip away easily. In his first foray into entrepreneurialism, he started making rock cakes, a fruity snack which he sold to finance his schooling. Isaac quickly devised other methods of making money. He sold photo DVD albums as well as and drinks at rugby games.

The genesis of a media master

The seeds of his current business were born because of his high school prom. He wanted a way to commemorate the special event, so he decided to produce an alumni album. However, cost was a major concern, as printing costs were astronomically expensive so Isaac decided to produce a digital album which was much more affordable. At the time, Isaac didn’t have the skills to produce the album by himself, so he hired a contractor to film photograph and edit.

Isaac was disappointed with the final product. He felt the editing was shoddy and that the photography was second rate. Despite the lack of quality, the album was popular and sold out. He realized that if poor quality media products still sold, that top quality work would be highly sought after. That’s when he resolved to go into the multimedia business. He spent countless hours learning about filming and editing by watching videos at a local internet café. He rented equipment, and after tirelessly promoting his material and searching for work, he managed to land a contract to produce a short film for the Ethiopian Commodities Exchange. The film was a success, and Isaac earned enough money to buy his own equipment.

His business then grew in leaps and bounds. He offered his services for free to Coca Cola who were so impressed with his work that they signed him up for future productions. Isaac has since gone on to produce great work for the likes of the African Leadership Academy, USAID, the UNDP and the Mara Foundation. One of the companies most recognized project’s is a ten part series called Discover Uganda which aired in multiple African countries before its success saw it picked up by The Africa Channel, a US cable outlet. Today, Media 256 is a profitable fully fledged business. The team currently consists of 7 full-time videographers and editors as well as support staff, and Isaac intends to keep on growing. Forbes magazine has recognized Isaac’s significant achievements, listing him as one of Africa’s 30 most promising young entrepreneurs. He was also the recipient of the much coveted Anzisha Prize, which also awards the best young talent on the continent.