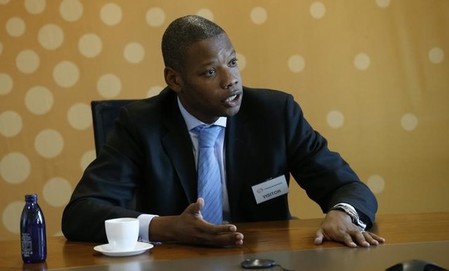 LONDON (Reuters) – The former regional heads for Africa at private equity giants KKR and Carlyle are setting up an investment firm, Arkana Partners, to target local equity investments of up to $100 million.

Kayode Akinola told Reuters on Wednesday that he was leaving KKR to join forces with Marlon Chigwende, who left his role as Africa chief at rival Carlyle in 2016, as private equity opportunities in Africa are often seen as too small for the buyout industry’s titans.

“We will be focused on the mid-cap, where we believe the bulk of opportunities are,” Akinola said, adding that while the emphasis will be on private equity investments the new firm will be flexible in its approach.

“You need to bring your entire tool bag to the market. (In Africa) you can’t just say you’re only going to do buy-outs or just greenfield,” he said, referring to developing projects, often in infrastructure, from scratch.

The new firm will look for ventures which are ready to absorb up to $100 million but will mostly focus on opportunities requiring between $20 and $60 million of equity, Akinola said, highlighting that what counts as “mid-cap” can vary widely in different African economies.

It remained unclear when fundraising for the new venture would take place or how much the firm aimed to raise.

KKR, a global investment firm with more than $131 billion in assets under management, invests in Africa with its European private equity fund and targets at least $125 million in equity but more typically between $200 and $250 million, according to sources close to the firm.

Akinola joined KKR in 2013 amid growing hopes for the region to lead and develop the firm’s African efforts from Africa-focused Helios Investment Partners. Since then KKR has managed one investment in Africa, putting $200 million into Afriflora, a flower company in Ethiopia. Akinola remains on its board.

KKR will continue to examine deals in the region on a selective basis, the sources said.

Akinola, a Nigerian, and Chigwende who is originally from Zimbabwe, are setting up their firm as Sub-Saharan Africa’s two biggest economies face significant political and economic headwinds.

Nigeria’s economic recession deepened in the third quarter of last year as production of oil, its main export, fell.

Meanwhile South Africa’s economy barely grew in the same quarter as the manufacturing sector contracted sharply and investors worry whether the government can implement policies to boost growth.

Akinola remains unperturbed by any macroeconomic fears over Africa, where the U.N. says more than half of the world’s population growth between now and 2050 is projected to take place.

“The thing about emerging markets is that sometimes you have to be countercyclical. Africa continues to be a market where structural demand across most sectors will drive long term growth.”