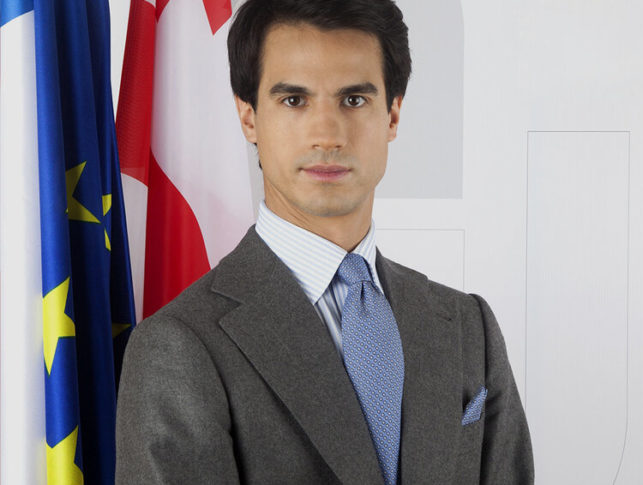 If John Dodelande began his professional career with a passion for contemporary Chinese art, after having developed a leading agro-industrial activity in the Caucasus region (Georgia), he is today one of the pioneers of an ambitious real estate developments company called Fujin.

Georgia is a country where European and Asiatics cultures meet, and have been blending harmoniously for thousands of years. Regarded as Europe’s green zone and ranked seventh in the World Bank’s 2020 index on ease of doing business, with a well-developed infrastructure and a skilled workforce, this “European jewel” has been determined in recent years to becoming one of the most influential tourist areas on our continent.

And John Dodelande quickly understood this. His goal? Make this country an attractive territory for investors. This is why this businessman of the new generation built Fujin, a hotel development company based in Tbilisi which links the country from one end to the other.

If Fujin has been able to rapidly develop its activity in order to attract numerous European or Chinese investors, always with the aim of further developing the Georgian tourist sector, it is thanks to the large network of influential contacts along the Silk Road, but above all,  to the unequalled experience of its director in the creation of partnerships. And even today, large-scale projects are still pouring in.

Among them is the development of the Tbilisi Airport Hotel. With this new 39,000 square-metre complex, the construction of a 120-room Ibis International Hotel and the opening of different local shops, the aim is clear: to create a new travel and entertainment centre in order to take advantage of the exponential increase in the number of tourists travelling through the country in the long-term.

John Dodelande’s projects also include the development of a ski resort.  Thanks to the new road from Tbilisi, to be completed in 2023 and which will reduce travel time from the airport to two hours, this all-season destination, should attract a larger flow of travellers curious to discover all of Georgia’s breathtaking landscapes.

We hope that this businessman will bring new surprises for the coming year!