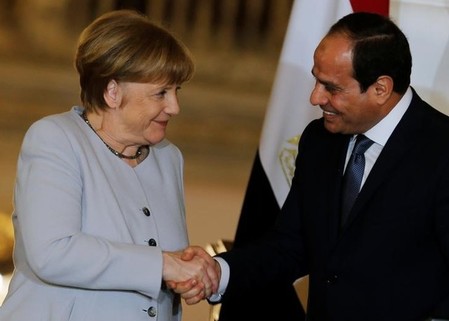 CAIRO (Reuters) – Germany has offered Egypt $500 million to support its economic programme and medium-sized and small businesses, the Egyptian ministry of investment and international cooperation said on Friday.

The support will come in the form of grants and concessional funds, a government official told Reuters. The German offer came during a visit to Egypt by German Chancellor Angela Merkel.