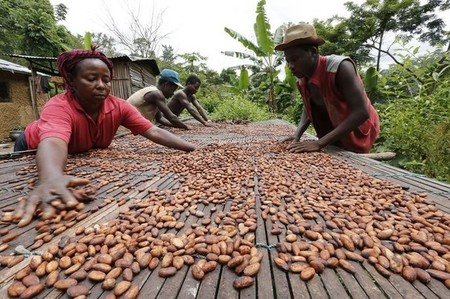 ACCRA (Reuters) – Ghana will close its 2015/16 cocoa season on Thursday after a year in which dry weather contributed to around an 8.2 percent production shortfall against a 850,000 tonne target set by industry regulator Cocobod.

The timing of Cocobod’s decision is to allow buyers and farmers to prepare for the 2016/17 crop which is expected to open in early October.

“All licensed buying companies are kindly requested to wind up all operational activities of the 2015/16 cocoa crop season before the opening of the 2016/17 main crop season,” the regulator said in a statement.

The 2015/16 season in Ghana, the world’s second biggest cocoa producer after Ivory Coast, began last Oct. 2 and total output is expected at about 780,000 tonnes, up 11 percent on last season, government sources told Reuters.

Cocobod, which markets and exports cocoa and cocoa products produced in Ghana, signed a $1.8 billion loan with international banks last week to finance the purchases.