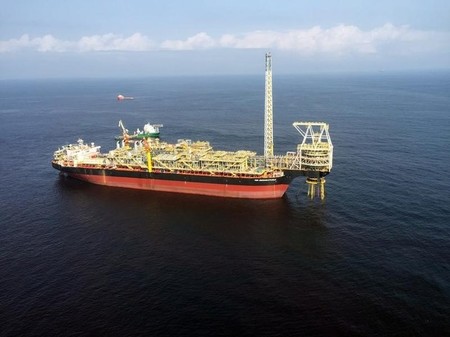 The West African country produces around 103,000 bpd ranking it ninth, far behind leaders Nigeria and Angola, which produce an average of 1.867 million bpd and 1.754 million bpd respectively, said the Ecobank research report.

Ghana’s Tweneboa-Enyenra-Ntomme (TEN) field came on stream in August and is expected to increase output to a peak of around 80,000 bpd.

The Jubilee field, which started producing oil in 2010 and is operated by British oil company Tullow, could bounce back to production of around 115,000 bpd once it solves technical problems with its production vessel. [nL8N1A14BQ]

At the same time, the Sankofa field operated by Italian company ENI is due to open in August 2017 and should produce around 30,000 bpd, while U.S. independent Kosmos Energy plans to connect the Mahogany-Teak-Akasa (MTA) field to the Jubilee oil production ship.

“Based on existing fields and field development plans Ghana crude oil output is estimated to be over 240,000 bpd by 2019. This could potentially make Ghana the fourth largest oil producer in Sub Saharan Africa by 2020,” the report said.

Production costs for Ghana’s oil projects, which are all in deep water, mean that the crude remains viable if global prices fall to $40 per barrel, allowing it to remain attractive to investors in the event of price fluctuations, it said.

Gas from TEN, Sankofa and MTA could eliminate the need for Ghana to import gas from Nigeria through the West African Gas Pipeline Company, it said.