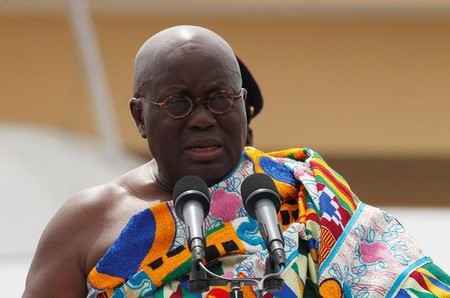 Addison, who in the early 2000s was a leading architect of Ghana’s monetary policy, worked as a lead economist at the African Development Bank.

The announcement comes as Akufo-Addo’s young government seeks to stabilize national finances and review with the International Monetary Fund the terms of a $918 million financial aid deal aimed at reducing inflation, public debt and the fiscal deficit.

The fiscal problems and a decline in global prices for Ghana’s exports of gold and oil have led to a sharp slowdown in growth in a country that until 2014 had been one of Africa’s fastest-growing economies.

“In order not to have a vacuum at the top of such an important state institution, the president … has appointed Dr Ernest Kwamina Yedu Addison as governor,” the statement said.

The central bank cut the benchmark interest rate by 50 basis points in January to 25.5 percent and by a further 200 basis points on Monday in what economists say is the start of an easing cycle as inflation falls.

Ghana’s finance minister earlier issued a statement saying a new governor would be named in the next few weeks to replace Nashiru Issahaku, who had held the post since April 2016.