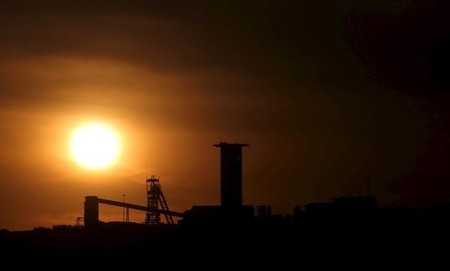 JOHANNESBURG (Reuters) – South African bullion producer Harmony Gold said on Thursday that 1,700 miners were staging a wildcat sit-in at its Kusasalethu mine west of Johannesburg, an operation that has been a flashpoint of labour unrest and violence in the past.

The company said a statement that the sit-in began on Wednesday when employees failed to return to the surface at the end of the morning shift. It also said the miners had made no formal demands.

The Association of Mineworkers and Construction Union (AMCU) is the majority union at the mine and Harmony spokeswoman Marian van der Walt said most of the strikers were AMCU members.

“Union leaders are going there today and we hope to resolve the situation,” she said. AMCU officials could not immediately be reached for comment.

Kusasalethu, which has around 4,500 employees, produced just over 124,000 ounces of gold in the 2016 financial year and the company said in August it was reducing its life to five years from 24 because grades were expected to become much lower.