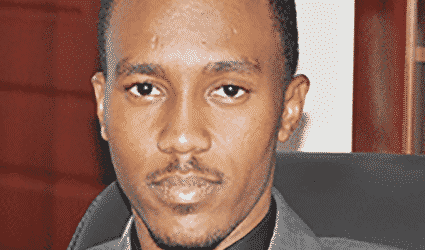 Ibrahim Hissein Bourma is only 27 years old and yet, after only 7 years in business, he already runs 3 companies with a value of around $30 million. Bourma was born and raised in Chad, and a passion for his home country is central to his business ethos, as he aims to create more than just a personal empire, but to help his nation prosper too.

Bourma was born and raised in Chad, but he went to France in order to pursue higher education, graduating in 2009 with a Bachelor’s Degree in Accounting and Finance. Although Chad is not a country with a well-established history of entrepreneurship, Bourma was determined to return to his homeland in order to begin his business career. After graduation, Bourma set up his first company in Chad – Umm Alkheir Construction – which later became known as Imperial Construction. The move into construction was one that seemed logical, as Bourma’s father runs Chad’s first ever construction company. By 2014, Bourma decided to set up a second company, operating in a field that he was personally passionate about – cars. Iby Motors turned a hobby into a thriving business, as Bourma began importing automobiles of numerous types to sell within Chad, while also offering affordable maintenance at the largest garage complex in Chad.

Diversification of interests paid off, and his success encouraged Bourma to move into a third arena of enterprise – the fashion industry – as he launched Iby Fashion. Iby Fashion offered central African nations imported European fashion brands, in much the same way that Iby Motors offered car enthusiasts in Chad the opportunity to buy imported automobiles. As the 3 companies that Mr. Bourma created continued to flourish, he created the holding company Oum Alkheir Holding, of which he is the CEO. Oum Alkheir Holding had an annual turnover in excess of $30 million by last year, and Bourma is driven to continue growing his businesses, and providing Chad’s people further opportunities for work.

The future for Bourma and Chad

Mr. Bourma has made major decisions in his personal life, but even some of these are linked to his burning desire to open up more markets within Chad. Bourma is married, and after his wife gave birth to their first child he moved himself and his family to Dubai. However, despite this change in his living arrangement, his commitment to Chad’s economic development remains unwavering. Bourma explains that the main motivation behind his move was to create business connections that could benefit Chad, saying that his thought process was “If I move to Dubai, it is (with) the aim to make…relationships in the midst of international investors.”

Bourma already plans to open an Iby Fashion store in both Dubai and Montreal, as Iby now creates its own range alongside stocking established fashion labels. While 80% of Oum Alkheir Holding’s profits currently come from the Imperial Construction wing of its operations, Bourma sees opportunities to create new projects that will create more jobs within Chad. Bourma says that he is open to any proposal for new business ventures in Chad, and that he carefully looks at any new idea from prospective collaborators. Moreover, Bourma is convinced that entire areas of industry can be better organized to change Chad’s fortunes. With his existing interests in fashion, the textile industry is one that stands out, as Chad is a net exporter of cotton. Bourma states that, “While the stock is at hand, Chad has no textile industry.”

As Chad’s economy improves, Bourma sees openings in numerous areas, explaining that he wants to “revive industry in Chad” and that “everything remains to be done, in textiles, in food processing, leather etc…I’m open to new ideas and people…I like the risk, but only when controlled and calculated.”Bourma already employs 600 people, and if his ambitions for new ventures are met, than this number should grow rapidly, bringing new employment and revenue to his country of birth.

Ibrahim Hissein Bourma is already a renowned name within Chadian business and industry, but at such a young age he has years in which to make an even grander reputation for himself and his country. Only 7 years into his career, he has already created firsts within Chad’s economy, and his determination to continue in this vein should provide exciting times ahead for commerce in one of central Africa’s often overlooked nations.