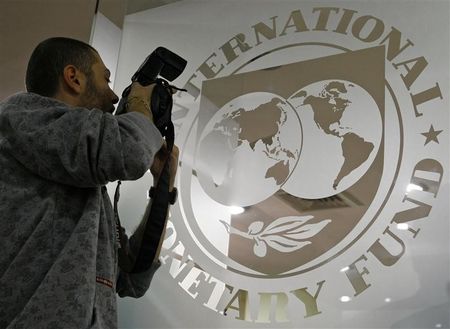 HARARE (Reuters) – The International Monetary Fund (IMF) has started talks with Zimbabwe’s government to review its economic performance, stepping up engagement as Harare seeks a financial aid package after years of isolation.

President Robert Mugabe’s government started defaulting on debts to the IMF, World Bank, African Development Bank and several Western lenders in 1999 – leading to a freeze in IMF assistance – and is struggling to emerge from a catastrophic recession that ran for a decade until 2008.

Without balance of payment support or foreign credit, Zimbabwe is running its budget hand-to-mouth, leaving it with virtually no money for infrastructure.

With formal unemployment above 85 percent, Zimbabwe has since December 2013 softened previously sacrosanct policies in the hope of gaining fresh loans. [nL8N12L1Q0]

At the same time, Western countries have eased sanctions imposed over alleged human rights abuses and vote fraud, looking beyond the rule of the 92-year-old Mugabe, Zimbabwe’s sole leader since independence in 1980.

An IMF team met government representatives on Wednesday under the final phase of a Staff Monitoring Programme, Christian Beddies, the IMF representative in Zimbabwe, told Reuters.

“The team is also doing the annual Article IV consultation, which is an important ingredient in the re-engagement process,” Beddies said.

Zimbabwe started the SMP – an informal agreement with the IMF to monitor implementation of its economic reforms – in December 2013, and has met its targets.

These include softening provisions of its black empowerment law to attract foreign investment, making it easier for firms to lay off workers, and improving government financial accountability.

A senior treasury official said Zimbabwe hoped to begin negotiations this year on new financial aid, which will require it to tackle difficult reforms such as cutting the state wage bill, 82 percent of the national budget.

A parallel programme to clear $1.8 billion in external arrears would also be undertaken. [nL8N129142]

“We are working on the structure of a new financing programme from the IMF and we will soon present to them a country strategy paper on this and the economic reforms that will support the programme,” said the treasury official, who is involved in discussions with the IMF.

The worst drought since 1992 has left 3 million people facing hunger and Zimbabwe has appealed for nearly $1.6 billion to help pay for grain and other food. [nL8N15O44B]

Zimbabwe says it expects growth of 2.7 percent this year after 1.5 percent in 2015, but the World Bank says the economy will stagnate due to drought and weak commodity prices. [nL8N15I3CV]

Beddies has already said the IMF might resume aid to Zimbabwe this year if foreign creditors accept its plans to clear arrears and implement economic reforms. [nL5N11R2YV]

(By MacDonald Dzirutwe. Editing by James Macharia and Kevin Liffey)