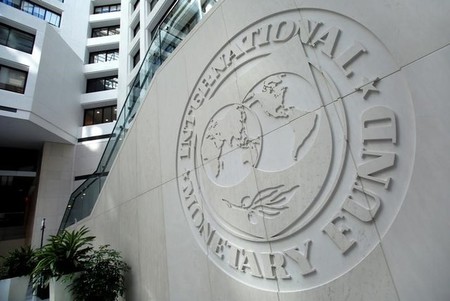 President Nana Akufo-Addo was sworn in on Saturday pledging to cut taxes, spend on development and boost annual growth to double digits as he seeks to return Ghana to its place as one of Africa’s most dynamic economies.

He also inherits a country following the Fund programme that aims to reduce inflation, public debt and the budget deficit and put Ghana, which produces gold, oil and cocoa, on a stable footing to facilitate long term growth.

Economists say it may be difficult for the government to maintain its commitment to fiscal discipline and at the same time satisfy popular expectations for spending and rapid change.

“An IMF staff team will be ready to visit Accra in the coming weeks to discuss recent economic developments and hear from the authorities about their plans for engaging with the Fund going forward,” said a spokesperson based in Washington.

The Fund contacted the government the programme and will renew contacts once the new finance minister’s appointment is confirmed by parliament, the spokesperson said. The vetting of ministers is expected to start next week.

Some economists say the New Patriotic Party government may seek to renegotiate elements of the three-year programme in a bid to free-up money for development. The government is yet to spell out how it plans to approach the IMF deal.

The objectives of the programme, signed in April 2015, are fixed but reviews held every few months can include renegotiation as new interim targets are set on the basis of prior financial performance.