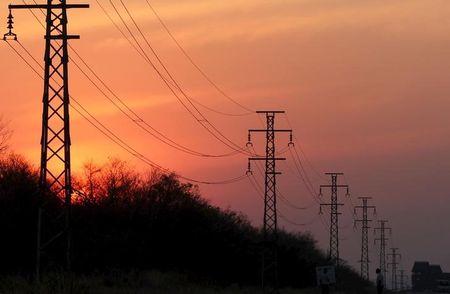 LUSAKA (Reuters) – Zambia’s electricity price hike will ease power shortages that have put pressure on the economy of Africa’s No. 2 copper producer, the International Monetary Fund (IMF) said on Thursday.

Zambia’s economy is likely to grow by less than 5 percent in 2015 due to the power crunch, which has hit output at mining firms, already grappling with a slide in global copper prices, the government of the southern African nation has said.

However, mining companies were unaffected by the increase because most of them get their power from Zambian power supplier Copperbelt Energy Corp. which buys electricity from Zesco in bulk and sells it to mining companies including the local units of Vedanta Resources and Glencore.

“The move, on its own, does not ensure full cost recovery in electricity provision, but this is an important step towards putting the power sector on a sustainable footing and overcoming the electricity shortages that have plagued the economy.”

Zesco Ltd had applied for the higher tariffs in October, saying it had to increase the price of electricity due to rising costs and a depreciation of the kwacha currency, which had pushed up import prices.

Zambia’s electricity deficit rose to 985 megawatts (MW) in September from 560 MW in March as water levels in reservoirs at its biggest hydropower station fell due to drought.

Zambia’s power generation capacity stands at 2,200 megawatts (MW), with the bulk of the electricity produced from hydropower, but supply is often erratic. Zambia’s output fell to 1,900 MW in March due to low water levels in dams.

(By Chris Mfula. Editing by James Macharia and Mark Potter)