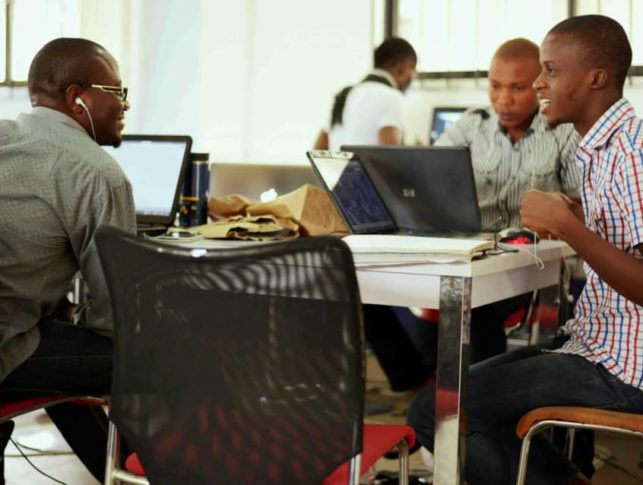 While it is officially Africa’s biggest economy, the Nigerian nation is struggling. Talk of a recession has darkened the horizon for over a year. The slump of global oil prices have been a hammer blow to the country, while terrorism and oil refinery problems have worsened the situation. Nigeria is currently beholden to oil for 70% of its revenues; it must rebalance its economy to unbind itself from market volatility. The country realises this, and is making an effort to diversify its revenue sources. Many are starting to look toward innovative start-ups to take the country in a new direction.

The conditions in Nigeria are rife for daring tech start-ups to create new solutions and drive growth. Unlike other regions on the continent, Nigeria has high rates of mobile penetration with approximately 75% percent of its 175 million people using mobile phones and data services, making it the largest mobile market in Africa. However, this market is currently woefully underexploited. According to a 2013 report by consultancy firm Mckinsey, only 1.5% of the country’s $500 billion economy took place online. This void presents a glaring opportunity for tech start-ups to create revolutionary new services.

Konga, is one such start-up that seized the initiative. Launched in 21012 Konga was an early pioneer in Nigeria’s tech space, offering online retail services. Today the company is thriving, offering a range of original solutions, which have connected all manner of suppliers and manufacturers to consumers across the country. Other innovators are also following Konga’s lead, carving out their own niche in Nigeria. However for every success, many start-ups struggle to overcome barriers in their way.

The issues facing start-ups vary. Some are complicated whilst some are frustratingly mundane. One simple yet formidable roadblock that start-ups face is the availability of electricity. For a new business trying to carve its own niche in the ecommerce space, a reliable energy supply is essential. However, when energy supply is unreliable, as it often is in Nigeria, a start-up has to generate its own power and purchase alternative fuel sources in order to consistently operate. Ultimately, this can lead to greatly increased costs which squeeze margins, snuffing the life out of promising but cash strapped start-up ventures.

On the whole, Nigerians are still very wary about parting with their money over the internet, for fear of their capital or financial information being stolen. This paranoia is not entirely without merit, as Nigeria is a hotspot for online scamming and phishing schemes. In order to accommodate these fears, some successful start-ups such as Konga and Jumia have built cash-only payment methods into their business. Konga has also recently created a payment system called KongaPay whereby money is held securely until orders are delivered. Despite these efforts reticence remains. While some start-ups have survived, this reluctance has certainly deterred some consumers from using new services, reducing the customer base that new start-ups rely on for growth. Tech firms must realize they need to foster a safe and reliable online payment environment, and convince the masses to use it.

Investment is needed, although so is caution

New accelerator programs sponsored by large foreign entities are helping more start-ups get off the ground, especially in the Fintech space. However, Nigerian banks aren’t traditionally interested in providing loans to risky start-up ventures, and encourage start-ups to attract private equity investors instead. Fortunately, foreign private equity is really starting to pick up in Africa, with more and more investors willing to take a punt on a good idea. Regrettably, these investors sometimes undervalue Nigerian enterprises, and strong-arm inexperienced Nigerians into unfavorable deals.

Other issues such as the countries poor logistics system can bring woe to start-ups who rely on delivering a physical product. Sometimes the lack of skills in critical areas such as accounting and marketing can kill a promising tech business before it can get above ground. In other instances, eager entrepreneurs try to make an idea that has worked elsewhere work in Nigeria; without analysis and adaptation this often leads to the graveyard.

A veritable gauntlet of obstacles faces Nigerian start-ups. However, those that have survived are serving as a shining example to those that wish to follow. Success is more likely if a fledgling firm is aware of the pitfalls ahead, provided they have a great idea; a solid business plan and the business acumen to make it all come together.

Like Economy, Technology How institutional obstacles can derail innovative start-ups