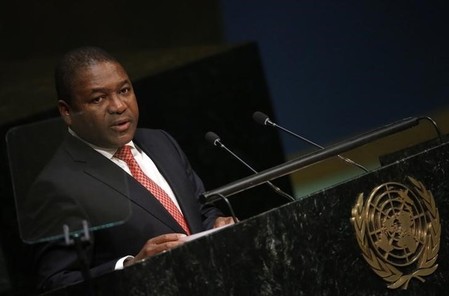 LONDON (Reuters) – Investors holding Mozambique’s recently restructured ‘tuna bond’ are demanding answers from the government and its bankers over what the International Monetary Fund says are previously undisclosed loans that could exceed $1 billion.

The revelations have rocked the relationship between one of the world’s poorest countries and the International Monetary Fund (IMF), which last year agreed to lend Mozambique $286 million to cushion its economy following deep declines in commodity prices and the value of the metical currency.

Only last month investors met Mozambican officials and agreed to swap an outstanding $697 million of the dollar-denominated tuna bond, issued in 2013 by state-owned fishing-company Ematum, for a sovereign issue.

The deal was seen widely as investor friendly and accepted by holders representing more than 80 percent of the issue. Ratings agency Standard and Poor’s defined the restructuring as “tantamount to a default”.

The original $850 million bond has been controversial from the start: when it was launched, it was presented to investors as funding for “fishing infrastructure” but it quickly became apparent most of the cash was for defence.

Under IMF pressure, the government re-allocated $500 million of the debt to its defence budget. The subsequent bond rescheduling was part of efforts to clean up and rebuild trust for the southern African nation, under pressure from donors to improve the transparency of its finances.

The Fund’s Africa Director, Antoinette Sayeh, said the additional loans appeared to have been borrowed from Credit Suisse and Russia’s VTB Bank and allocated to Mozambique’s defense and security sector.

Credit Suisse and VTB Bank were also joint dealer managers on the exchange offer launched in March. Mozambique’s Finance Minister Adriano Maleiane was quoted on Sunday saying the country had no hidden loans and that this was down to “some confusion”.

Investors say if found to be true, the IMF allegations could greatly damage the country’s reputation and ability to raise funds.

“At this stage, things are really up in the air until we hear from the various parties of what is really going on,” said one fund manager, who holds the bond but declined to be named. “If this is additional debt which was not included in the overall debt stock it completely changes the overall relationship with the international financial institutions’ community, the IMF, the donor community and it changes the market relationship. There is a lot of harm created in the short term.”

Details of the alleged new loans are sketchy and have not been disclosed in the prospectus to holders of the new bond issue.

However, a February 2013 Credit Suisse document obtained by Reuters outlines a $372 million loan to Proindicus, a company owned by the Ministries of Interior and Defence and the State Security and Intelligence Service. According to the document, the funds are to be spent on high-speed naval interceptors, radar stations, off-shore patrol vessels and aircraft. Credit Suisse declined to comment on the document.

The Ematum bond swap prospectus seen by Reuters also notes under “conflicts of interest” that the dealer managers may make loans or be involved in other transactions to Mozambique.

“It was perhaps not prudent of Credit Suisse to say we are doing restructuring to extend maturity from 2020 to 2023 when they themselves have a loan on the books which is maturing before 2023,” said Ruijer. “Now they get money back earlier than the bondholders.”

A Credit Suisse spokesman declined to comment on whether the bank had arranged loans for Mozambique in addition to the Ematum bond.

A source closed to VTB said the bank was assured by Mozambique’s finance ministry that all its financing had been disclosed to the IMF, and that the total debt spelled out in the prospectus included all outstanding direct and publicly guaranteed debt.

Mozambique has seen its foreign debt spiral in recent years. According to the restructuring prospectus, total foreign direct and government-guaranteed debt ballooned from $5.244 billion in 2012 – before the Ematum bond issue – to $9.637 billion in 2015. Combined with domestic debt of $1.5 billion, the government had obligations last year equivalent to 102 percent of GDP, the document said.

(By Karin Strohecker. Additional reporting by Sujata Rao in London, Ed Cropley in Johannesburg and Lidia Kelly in Moscow; Editing by Dominic Evans)