Iraq says will go with consensus at next OPEC meeting 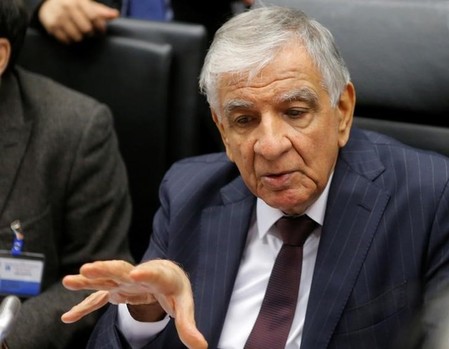 PARIS (Reuters) – Iraq will go with the consensus reached by OPEC when the exporting group meets in Vienna next month to discuss an extension of the group’s deal on production cuts, the country’s oil minister said on Thursday.

“Now we’re going on the 25th of May to OPEC and we’re definitely going to be in line with OPEC’s final decision and collective decisions,” Jabar al-Luaibi told a conference in Paris.

Iraq, OPEC’s second-largest producer, was in full compliance with the OPEC-led supply pact reached last year and has achieved about 97 percent of its output reduction target, Luaibi said.

OPEC, Russia and other producers originally agreed to cut production by 1.8 million barrels per day (bpd) for six months from Jan. 1 to support the market. It is expected that the producers will extend the pact for a further six months when they meet in May.