Is The 4IR the Way Forward for Africa? 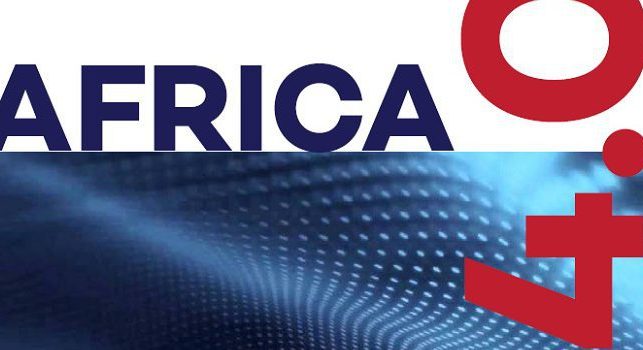 To be able to look at Africa’s place in the fourth industrial revolution (4IR) we need to first consider what 4IR actually means. The third industrial revolution, or digital revolution, was the development of computers and information technology. 4IR, while seen by some as merely an extension of 3IR, is better separated into its own cycle, mainly because of the rapidity of progress in some areas and the wider repercussions and effects resulting from these new developments and technologies.

A simple definition of 4IR would be: “The fourth industrial revolution is the current and developing environment in which disruptive technologies and trends such as the Internet of Things (IoT), robotics, virtual reality (VR) and artificial intelligence (AI) are changing the way we live and work.” (1)

Is Africa ready to accept and embrace 4IR? Or is it, as some have suggested, even ready to lead it? Africa has almost half of the world’s fastest-growing and developing nations. It also has the youngest population of any continent. But the other side of that coin is the fact that 27 of the world’s 28 poorest countries are in sub-Saharan Africa and the average poverty rate is just over 40%. The World Bank also estimates that if current patterns continue, then by 2030, 87% of the planet’s extreme poor will be in Africa.

“To provide digital skills to those that do not have them”

Could 4IR play a major role in reducing those figures? South Africa certainly thinks so. While many think that 4IR could take jobs away from people, South Africa sees it as an opportunity to revolutionize the jobs sector across the continent and to train a new generation in the necessary skills to boost African economies.

South Africa’s Communications and Digital Technologies Minister, Stella Ndabeni-Abrahams, said: “We have to provide digital skills to those that do not have them. We have to make sure that we invest in different resources that we are going to need but most important is to identify what must be Africa’s niche in the fourth industrial revolution.”

A lack of internet penetration across Africa

One major barrier to Africa’s participation in 4IR is the fact that the majority of their available workforce is low-skilled or unskilled. Another, and perhaps more crucial, barrier is the current lack of internet penetration across the continent. Estimates from 2001 state that less than 14% of the population have access to the internet. For access to broadband services, that drops to 1% or lower. In 2015, the number of Africans using the internet varies greatly, from 1% in Eritrea to 57$ in Morocco.

A declaration of willingness to fully participate in 4IR is not enough. And the idea of being the leader of 4IR will require more than optimistic words at a conference. There is a real need for urgent action, development, and investment in the following areas: heavy infrastructure such as railways, roads, energy supplies, light infrastructure such as ISPs and internet connections, training and education to transform that low-skilled/unskilled workforce into a computer literate, digital-savvy one.

A monumental investment to create a 4IR economy in Africa

The investment to achieve all of this and to create a foundation on which Africa can create a 4IR economy of any type is monumental. Governmental funds could not hope to cover the amounts needed, so governments need to also create an atmosphere and conditions which will attract inward investment. There is also the option of loans, a very real possibility given the ongoing economic war of attrition in Africa between the three global superpowers. Going the loan route could be a double-edged sword though. On one hand, the current competitiveness between the superpowers means that for once, the country seeking the loan has some advantage in negotiating terms. But as with any loan, the downside is the repercussions should the country default on loans, repercussions which could be dire for decades after.

To achieve any progress in this area, the lead has to be taken by the African Economic Community (AEC). A major part of even beginning on that path to progress is the African Continental Free Trade Area which fully came into force earlier in 2019. But with so much economic disparity across the continent, can the AEC or the Free Trade Area manage to achieve the balance between the nations or will the economic powerhouses such as South Africa be the only countries who can really take their place in the 4IR marketplace?

Like Africa, Economy Is The 4IR the Way Forward for Africa?