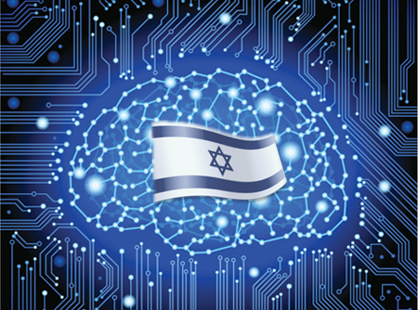 Overall, last year was a successful one for Israeli start-ups, raising a record breaking $4.8 billion in funding, according to a recent survey by the Israel Venture Capital (IVC) Research Center and law firm Zysman Aharoni, Gayer & Co. (ZAG). The increase is of 11% from the year before, when Israeli high-tech companies raised $4.3 billion. The report also stated that the average financing round, which has been steadily growing over the past five years, reached $7.2 million last year, 19% above the $5.1 million five year average. However, the last quarter of 2016 saw a drop of 8% compared to the last quarter of 2015.

IVC CEO, Koby Simana explained in a statement, that 2016 was a record breaking year for Israeli start-ups, but despite the higher total amount, it was characterized by a smaller number of financing rounds, with higher average capital raised each round. “This is a troubling trend for the Israeli VC funnel, since the majority of capital goes into later rounds.” Simana said. “If there are no companies lined up for later investments, there could be a more serious issue later on.”

While capital-raising reached new heights, the survey found the number of financing rounds were much fewer than expected. There were 659 deals closed in 2016, which is only marginally above the average of 657 deals closed per year. It was also 7% lower than 2015’s record high of 706 deals closed throughout the year.

The IVC – ZAG report also found an upsurge in large deals (above $20 million) in 2016. Both in terms of deal numbers and capital raised. There were 76 large deals during the year and $2.68 billion of capital raised. An increase of 22% from 2015 where 76 deals closed and $2.19 billion was raised. The increase in large deals is due to the enhanced activity of foreign investors, primarily corporate investors and venture capital funds, explained Simana.

Software companies led the capital raising again last year, with $1.7 billion in funding, up from $1.4 billion in 2015, which also placed them first. Internet capital decreased, attracting a mere 16% of total capital, or $744 million, compared to 2015’s $1.12 billion, when it placed second with a 26% share. Life science capital raising also decreased in 2016, by 14%. However, the outlook for life science capital is still positive, according to Shmulik Zysman from ZAG. The industry still has potential in Israel, he explained, due to three reasons: the interest shown by Chinese investors, good chances of European and US investors returning to Israel and Donald Trump’s campaign to ease price control on medical services and drugs.

An optimistic outlook for 2017

According to Forbes, Israel continues to attract the attention of top global funds looking for great deals outside of Silicon Valley, Boston and New York City. As well as large corporates interested in the innovation coming out of Israel, Chinese investors will continue to be a major influence. Forbes also put the decline of exits (initial public offerings and merger and acquisition deals) down to a growing maturity of the tech ecosystem in Israel. Regarding the findings in the report, Zysman remained cautious for the year ahead. “We expect the uptrend in capital raising activity to continue in 2017,” he said in a statement. “Though possibly at slower rates.”