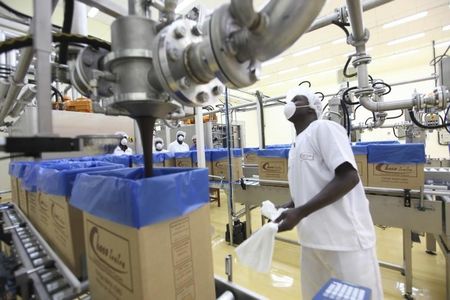 ABIDJAN (Reuters) – Ivory Coast’s economy will grow by 9.8 percent this year, up from 9.5 percent in 2015, Budget Minister Abdourahmane Cisse said during a news conference on Thursday.

The world’s top cocoa grower, and French-speaking West Africa’s largest economy, has averaged growth of around 9 percent over the past four years, according to the government, as its economy has rebounded from a decade of political turmoil and civil war. The International Monetary Fund last year predicted average growth of 8.4 percent in 2015 and 2016.