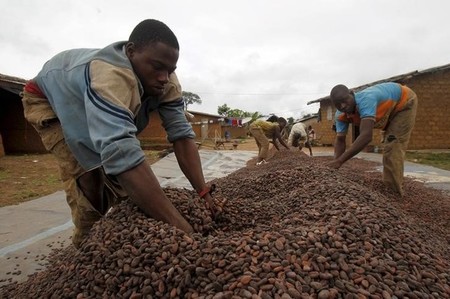 ABIDJAN (Reuters) – Ivory Coast will increase the volume of cocoa that can be sold to foreign buyers who have no presence in the country to 400,000 tonnes from 220,000 tonnes, three senior government sources told Reuters on Tuesday.

The state Cocoa and Coffee Council (CCC) will also withhold forward cocoa sales for the 2017/18 crop beyond January if necessary, two sources at the CCC and another at the national treasury said, as it waits for prices to recover.

The CCC also plans to increase the cocoa export contract deposit to 5 percent from 2.5 percent to curb speculation on cocoa prices, the sources said. And it planned to scrap a three-month deadline for exporters to roll forward futures contracts, starting this quarter, the sources said.