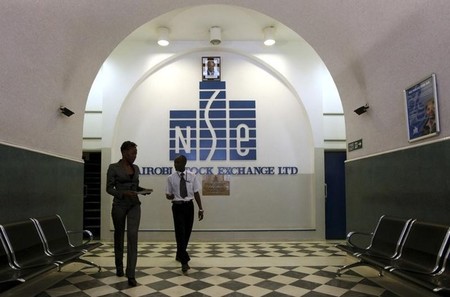 NAIROBI (Reuters) – Kenya’s Nairobi Securities Exchange will launch trading of derivatives by the end of 2016, after a series of delays, but plans to start with fewer instruments than originally planned, its chief executive said.

The bourse, which is a key entry point for foreign funds looking for exposure to fast-growing East Africa economies, initially planned to roll out trading in the first half of last year with more products including currency futures.

“We are now at a very close point. Certainly this year we should be able to get the market up,” Geoffrey Odundo told Reuters in his office on Wednesday.

Trading would start with a futures contract on the NSE-25 share index, a tool used to hedge investment risk. Trading in single stock futures and currency futures, originally expected to start at the same time, would begin at a date still to be determined, he said.

Odundo attributed the delays in launch of trading to the slower-than-expected pace in setting up the infrastructure to trade derivatives and educate the market about its benefits.

Kenya will be the second in Sub-Saharan Africa to start trading of derivatives after South Africa, he said.

“Futures contracts are a bit sophisticated. It is not like spot trading. You really have to know what you are trading,” Odundo said.

The NSE is also considering the possibility of offering agriculture contracts, once the derivatives market takes off, but those plans were at an embryonic stage, he said.

He said the recent commodity price drop had curbed equity trading volumes at the bourse this year, with daily volume averaging $3-4 million, half of the daily levels seen at the same time last year.

But Kenya’s diverse economy, which does not rely on a particular commodity, has helped the situation a little, he added.

“Our decline has not been as rapid as the other markets which have got commodity trades like Nigeria and Angola,” he said about volumes, without offering details.

Valuations of listed firms, as measured by price to earnings ratio, had however fallen, which together with a stable currency, could boost interest among foreigners.

“Most of them are at 8-10 (PE ratio) and historically they have been as high as 15. These are good entry points for them,” Odundo said.

On the other hand the bond market was booming, with monthly volumes more than doubling last month from the same period last year, and on course to more than triple in June, thanks to falling yields on government debt.

The yield on the benchmark 91-day Treasury bill has fallen by more than 300 basis points in recent weeks.

(By Duncan Miriri. Editing by Edmund Blair and Gareth Jones)