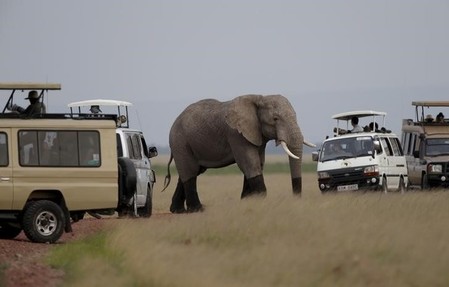 Visitor numbers and earnings have plunged in the past four years as al Shabaab militants from neighbouring Somalia launched attacks on Kenyan soil in retaliation for Kenya’s military intervention.

Najib Balala said the sector was on course for a recovery in 2018, in line with government plans, but cautioned that violent protests against the country’s electoral body could curb arrivals.

“A lot of people I meet are saying Kenya is maturing but when they see the incidents of the last weeks, they say we are going backwards,” he told Reuters on Monday.

“My concern is that, the efforts and the road map is working very well, I don’t want the political noise to interrupt that programme.”

Tourism is one of the main hard currency earners for Kenya.

President Uhuru Kenyatta’s government wants to bring in 3 million visitors a year according to its manifesto when it was elected in early 2013.

Efforts to revive the sector include boosting security, opening new source markets such as Nigeria and Poland and increased budgetary allocations to the sector.