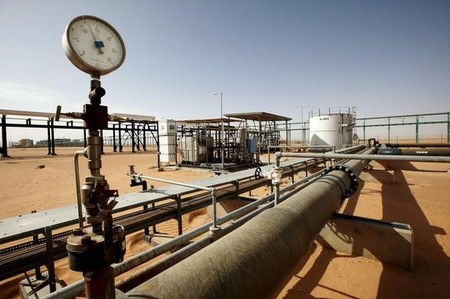 LONDON (Reuters) – Production at the western Libyan fields of Sharara and Wafa has been blocked by armed factions, reducing output by 252,000 barrels per day (bpd), a source at the National Oil Corporation (NOC) said on Tuesday.

The shutdown at Sharara, which had been producing about 220,000 bpd, began on Monday, and the shutdown at Wafa a day earlier, the source said.

Sharara resumed operations in December after a shutdown that began in November 2014 due local protesters blocking a pipeline connecting it to the Zawiya oil terminal.

Austrian oil firm OMV, one of the foreign partners in the field, is expected to load a 600,000 barrel cargo of Sharara crude from Zawiya on board the Sea Vine tanker later this week.

The tanker, which arrives at the port early on Wednesday, could still load its cargo from storage tanks, a Libyan port source with knowledge of the shipment told Reuters.

OMV did not immediately respond to a request for comment.

The oil field is operated by a joint venture between NOC and a consortium of Repsol, Total, Statoil and OMV.