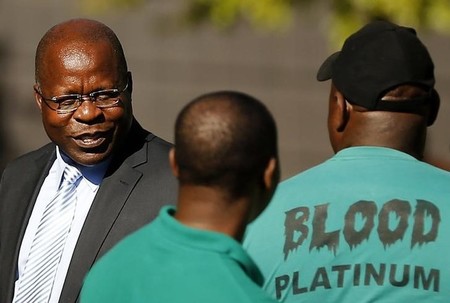 LONDON (Reuters) – Platinum producer Lonmin will move its head offices from Johannesburg to its Marikana operations in South Africa in a move that will save it “tens of millions” of rand, Chief Executive Ben Magara said on Monday.

“For me it’s really about getting closer to the operations and giving support to our management teams,” Magara said on a conference call following the release of its first-half results.