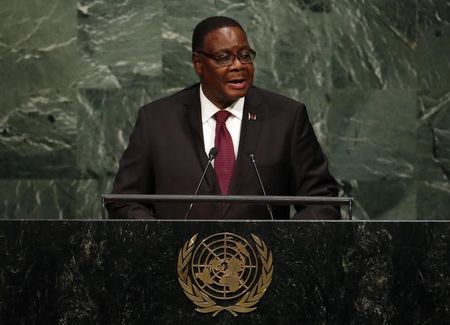 This is the second time the Fund has suspended the program within a period of three years. It was halted in 2012 when the Malawi government failed to devalue its currency, the kwacha, and reform public financial management.

“Things are now out of hand because this completely jeopardises our chances of getting back budget support suspended under the Joyce Banda administration,” Finance Minister Goodall Gondwe told Reuters.

Gondwe said the Treasury was already working on revising the $1.5 billion budget, which was passed in July this year.

“We welcome the observations from the IMF and we already planned to reduce the budget by cutting down on total expenditure during the mid-term budget review meeting of parliament in February next year,” he said.

Budget assistance from Western donors worth millions of dollars has been withheld for two years now after revelations of corruption under ex-President Banda. Such aid has historically accounted for about 40 percent of the national budget.

“The extended credit facility is off-track because Malawi failed to meet set targets by end-June 2015 and we have discussed a number of measures to bring it back on track starting with a revised budget,” said Oral Williams, the IMF mission head to Malawi.

“Fiscal slippages equivalent to about 2 percent of GDP emerged during the second half of the 2014/15 fiscal year, in part because of overspending on the wage bill, and these were exacerbated by revenue and external finance shortfalls.”

Williams said the mission reached an understanding on measures to bring programme back on track, including “a revised fiscal framework sufficient to meet the end December 2015 program target on net domestic financing and a tight monetary stance to maintain positive real interest rates.”

The IMF said on Wednesday that Malawi’s economic growth would slow to 3 percent this year from 5 percent in 2014, reflecting a decline in the maize harvest and weak private- sector investment and consumption.

Floods in January destroyed more than 60,000 hectares of crop fields cutting output for the staple maize by 27 percent.