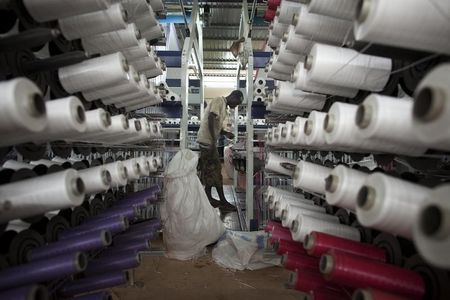 DAKAR (Reuters) – Mali’s economic growth is set to slow this year to 4.9 percent, because of weakening manufacturing output, despite a strong harvest, the International Monetary Fund (IMF) said on Wednesday.

The Fund said in a statement following its annual Article 4 consultation on Mali’s economy that inflation would also remain moderate at around 2.4 percent this year, up from 0.9 percent last year.

“After an unusually strong growth performance in 2014, when the real gross domestic product (GDP) grew by 7.2 percent, growth in 2015 is expected to be around 4.9 percent, in line with its historical trend,” said Christian Josz, IMF mission chief, in a statement.

“The harvest is turning out well, but manufacturing output weakened in 2015,” it said.

The IMF signed a $46.2 million Extended Credit Facility with Mali in December 2013, and it said the programme targets for end-June were met thanks to prudent management of government finances.

Mali, a major exporter of gold and cotton, had been embroiled in a conflict between its government and Tuareg separatists in its north. Although a peace deal was signed in June, mediators have struggled to enforce it.