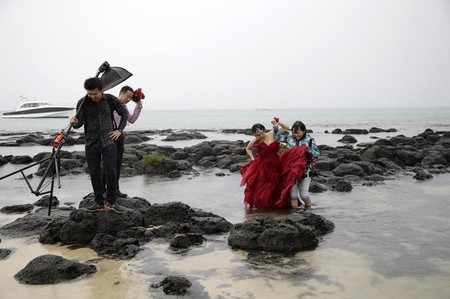 The central bank said in November it expected tourism earnings in 2016 to be around 56.6 billion rupees ($1.58 billion).

Statistics Mauritius said arrivals rose to 1.28 million from 1.15 million in 2015. Numbers from Europe, which accounts for two third of visitors, climbed 16 percent to 734,506.

Tourism is an important component of the Mauritian economy and a key source of hard currency for the Indian Ocean island state, best known for its luxury spas and beaches.

The statistics office said in November it expects tourist arrivals to increase 4.3 percent this year to 1.3 million while the Bank of Mauritius forecast earnings of 59 billion rupees for the same period.