Mine bosses say transparency will not be clouded by U.S. rule changes 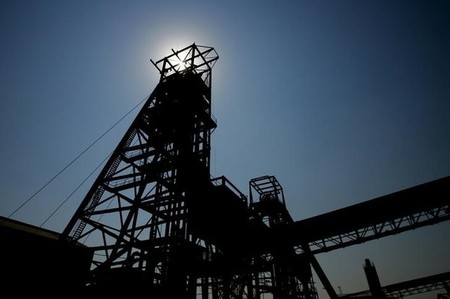 CAPE TOWN (Reuters) – The expected demise of transparency regulations for minerals and oil companies listed in the United States will not cloud the global drive for financial clarity in extractive industries, company executives told Reuters at an Africa mining conference.

Efforts to shine a light on payments such companies make to foreign governments are considered key to eliminating graft, conflict and the so-called resource curse – the distressingly common failure of less developed countries to translate mineral wealth into wide prosperity.

The administration of U.S. President Donald Trump, however, has begun dismantling such transparency requirements.

Republican-controlled Congress last week repealed one such rule and Trump also plans to issue a directive ordering suspension of another that requires companies to disclose whether their products contain “conflict minerals” from a war-torn part of Africa.

But companies with European Union and Canadian listings – or which work in countries that have signed up to the voluntary Extractive Industries Transparency Initiative (EITI) – still have to abide by strict disclosure rules, executives say.

“Over half of our members would fall into this category,” the chief executive of the International Council on Mining and Metals (ICMM), which represents 23 leading mining companies, told Reuters.

Companies in this category include goliaths such as Rio Tinto and Anglo American, ICMM chief Tom Butler added.

Butler was critical of the Trump administration’s actions, but said they would not derail the broader global push for increased transparency.

“It’s disappointing because overall the global trend is in the other direction. The train has left the station,” said Butler.

“It is driven by investors and other stakeholders and the desire of the industry to maintain its social licence to operate. One way to maintain that is for everyone to see that the taxes and other payments the mining industry makes are applied sensibly to the development of the country.”

Nick Holland, chief executive of South African bullion producer Gold Fields, which has a secondary U.S. listing, said that companies are not about to start altering their behaviour.

“We’re going the other way irrespective of the legislation. We’re not going to suddenly start doing deals with illegal miners to buy their gold,” he said. Like Latest Updates from Reuters Mine bosses say transparency will not be clouded by U.S. rule changes