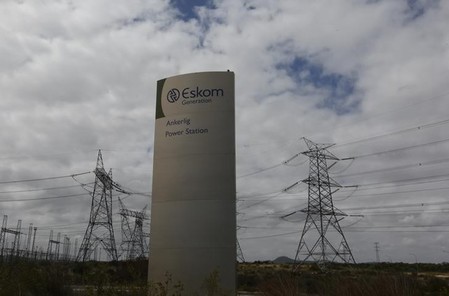 JOHANNESBURG (Reuters) – Moody’s may cut the ratings of five South African state-owned firms, including utility Eskom, it said on Wednesday, citing funding risks after some local institutional investors said they had stopped lending to some parastatals.

Asset manager Futuregrowth, which manages client assets of about $12 billion, and rival Abax Investments said this month they had reduced or stopped lending to several state-run firms due to political uncertainty and governance issues.

Moody’s said in a statement it was putting Eskom’s Ba1 rating on review for downgrade on the grounds that its funding needs were exacerbated by the rising cost of buying power from independent producers, as well as its spending to revamp and build new power stations.

Eskom is building new plants and transmission lines to augment a power grid that nearly collapsed in 2008 and forced the company to implement controlled blackouts, or load shedding, early last year that dented economic growth.

“The review by Moody’s is unfortunate given the progress made towards improving the company’s financial profile, successful implementation of the operations turnaround plan and Eskom’s healthy liquidity position,” Singh said in a statement.

Many of South Africa’s 300-odd state-owned companies, including South African Airways, are a drain on the government’s purse and rating agencies have singled out some as threat to the country’s investment grade rating.

South Africa’s President Jacob Zuma last month defended plans to give his office supervision over state-controlled companies after allies of under-fire Finance Minister Pravin Gordhan said it was a tool to limit his control.

Analysts have said Zuma’s team and the Treasury under Gordhan have disagreed about government spending, including on loss-making state firms, such as South African Airways.